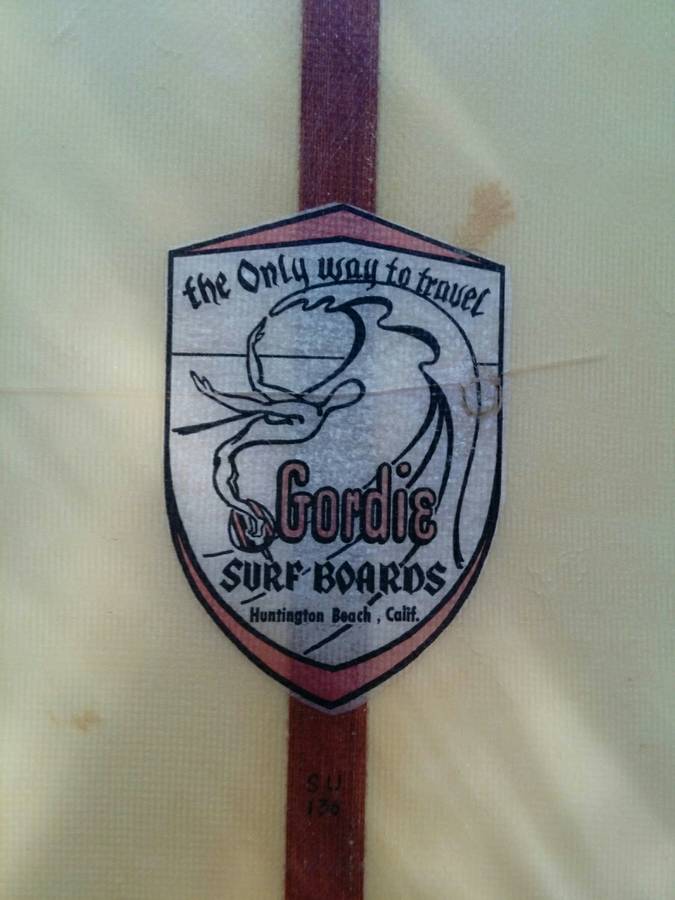 For all you Sunshine State residents, here’s a classic 1960s noserider that somehow made its way from Southern California to its current location in Jacksonville, Florida. The board is currently listed for sale on Craigslist, at a somewhat steep $1,200.

Now, just what is this fine-looking surfcraft, you might be wondering?

The board is made by Gordie Surfboards, and from the looks of it, it’s an all-original board that was manufactured sometime in the 1960s. Gordie Surfboards is named after its founder, Duane Gordon. The brand has its beginnings in Huntington Beach, where, according to the Encyclopedia of Surfing, Gordie’s first shop was located at the base of the famous Huntington Beach pier. According to Gordie’s LA Times obituary – he passed away in 2011, at age 80, from natural causes – Gordie was one of the first shapers to incorporate the stringer.

Many talented California shapers later worked for Gordie’s brand. Some of the highlights include Steve Boehne, who later founded Infinity Surfboards; Del Cannon; and Bruce Jones.

One can’t be certain, but it looks as if the board pictured here is from sometime in the 1960s. The first picture has a clear close-up of the logo. Stoked-n-Board dates this logo as hailing from anytime between 1962 and 1967.

You’ll also notice there’s a serial number in the same picture. It’s in black pen and it’s located on the stringer. It’s hard to make out, but it looks like it says #136, and there is an “SU” above it. Stoked-n-Board’s numbering system doesn’t map to this, and it’s unclear what it refers to.

The other thing that catches my eye is the fin. It looks almost like a rounded off hatchet design, and it’s clearly glassed onto the board. I’ve never seen a fin like this, and Stoked-n-Board also doesn’t have any info on what this might be.

The board has some water damage, but the poster claims there are no delams, and overall it looks like it’s in reasonable condition considering it’s probably close to 50 years old. $1200 isn’t cheap, by any means, but as they always say about land, it’s not like they’re making any more of them.

Check out the board here.