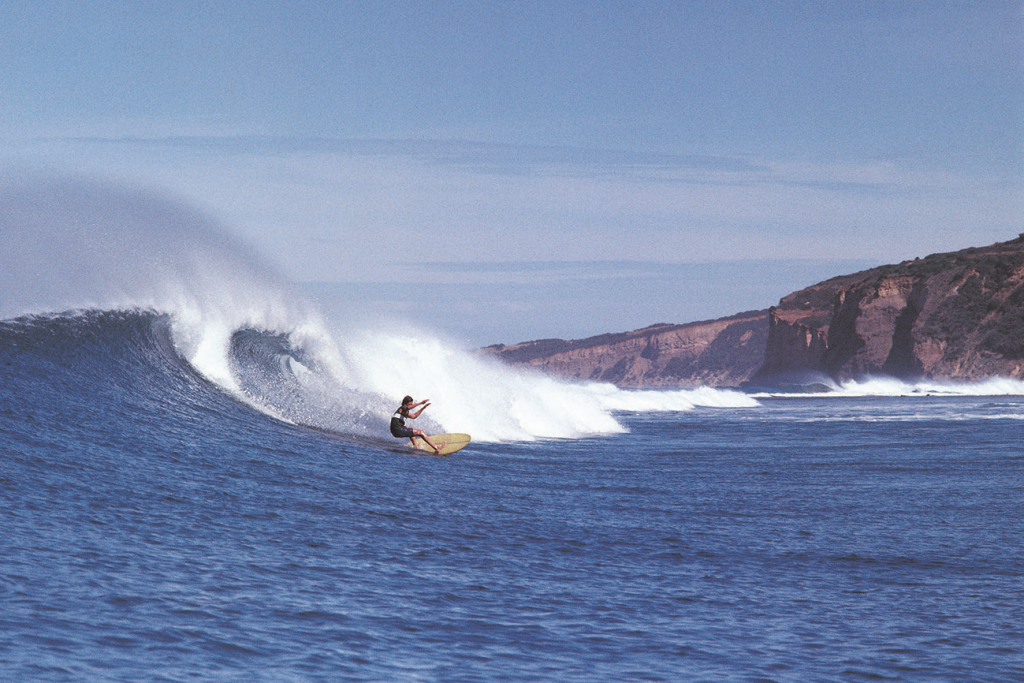 Shred Sledz might have its roots firmly in the California tradition of surf history and culture, but that doesn’t mean we don’t have any love for our friends across the pond. After all, who doesn’t love Australia? The accents are charming, the waves are great, and most importantly, Australia boasts a former prime minister who has skulled a beer (chugged, for you seppos) to a standing ovation at a cricket match not once but twice. But I digress. This post is a deeper look at various Wayne Lynch surfboards, and an attempt to document the Australian legend’s shapes as they evolved over time. This is Part I in a series.

I. Transition Era, Shortboard Revolution, and the Involvement School

It is hard to overstate Lynch’s impact on the sport. Surfer Magazine lists Lynch as the #17 most influential surfer of all time. For more on Lynch, I recommend the excellent entries from the Encyclopedia of Surfing and SurfResearch.com.au. Lynch, like his contemporaries, started off with longboards that were typical of the early to mid 1960s:

Shortly after, though, Lynch would play a critical role in bringing about the Transition Era and the shortboard revolution, thanks to his radical surfing and equally revolutionary equipment. Many regard Paul Witzig‘s seminal 1969 surf film “Evolution” as Lynch’s coming out party.

“Evolution” was one example of the larger changes happening in surfing during the late sixties. The Involvement School, which consisted of Bob McTavish; Nat Young (who accompanied Lynch on his “Evolution” trip to Europe in the summer if 1968); and George Greenough, was a particularly influential microcosm of the Transition Era. The “involvement” name is a nod to the trio’s high performance surfing, which, by taking place closer to the curl and the wave’s power source, was thought to propel the surfer to “total involvement” with the wave. The Involvement School, in turn, would lend its name to some of Lynch’s most famous surfboards.

1967: First Wayne Lynch Board Ever

THE FIRST BOARD WAYNE LYNCH SHAPED – early 1967 This picture was shot years later… 1978 I think, when I was trying to do a story for Surfer magazine and Wayne was actively (and successfully) frustrating me. There was ALWAYS something else that was more important that he needed to do. At some point I realised that it was a way that he worked out if people were going to waste his time… did they REALLY want to do whatever it was. Would they REALLY put up with his endless evasion. Wayne delighted in telling me about people who’d left, empty-handed and disgusted… I did get the story, and also this photograph that’s never been published (although other people including Art Brewer also have pictures of the board). “That was the first board I ever shaped; was made to do 360 degree turns and barrel rolls; also tried it as a finless, 7 foot long; shaped at Fred Pyke’s factory in Torquay early 1967” – Wayne Lynch johnwitzig.com.au #johnwitzig @dickersongallery #dickersongallery

If you don’t follow Australian surf photographer John Witzig on Instagram yet, you really should. Pictured above is the very first board Lynch shaped in 1967. Check out the silhouette and the visible vee bottom in the tail. Note that the picture itself wasn’t taken until around 1978 or so, a good decade plus after the board was initially shaped. Surfresearch.com.au has another picture of the board, but this one is in color. See below:

By the time the Transition Era was well under way, Lynch was already a celebrity in the surfing scene. As a result, his signature models were being released when Lynch was still quite young. The first Wayne Lynch Involvement board with a reliable date I can find can be seen below. The board apparently dates to 1967. 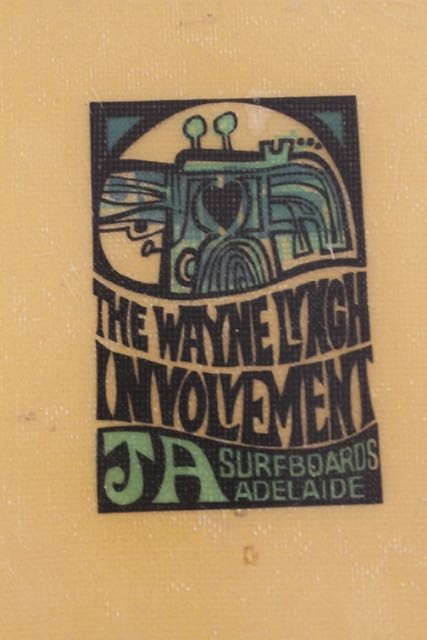 The board above, which is on display at the Gold Coast Surf Museum, is 7’8″ long. Note the stringerless design, the wide tail, and the raked fin. In this early version of the Involvement logo, you can see the “JA Surfboards” insignia. This refers to South Australia shaper and surf entrepreneur John Arnold, who would go on to produce subsequent boards for Lynch.

This picture below, taken from John Witzig’s Instagram, was taken on Easter weekend at Bells Beach in 1968. Note it has the same logo as the stringerless board above.

WAYNE AT BELLS – 1968 Still a clean cut kid and now with a signature board… ‘The Wayne Lynch Involvement’ produced in Adelaide by John Arnold. The logo displays the same spirit of the times as my brother’s poster for The Hot Generation. This was taken at Bells at Easter… Wayne was on his streak of four successive junior titles. If you’d like to see a picture of Wayne surfing this board, I posted one WAY back on July 5 last year… so you're in for a bit of scrolling. johnwitzig.com.au #johnwitzig @dickersongallery #dickersongallery

This is where things start to get fuzzy. The “Involvement” name can be found on a wide variety of Wayne Lynch boards, starting with the example listed above.

The next distinct model I was able to discern is a Double Ender design dating to 1968. Lynch can be seen riding this board in “Evolution”. You’ll notice this board’s wide point is back from the center, and true to its name, the front and the rear of the board look very similar to one another. 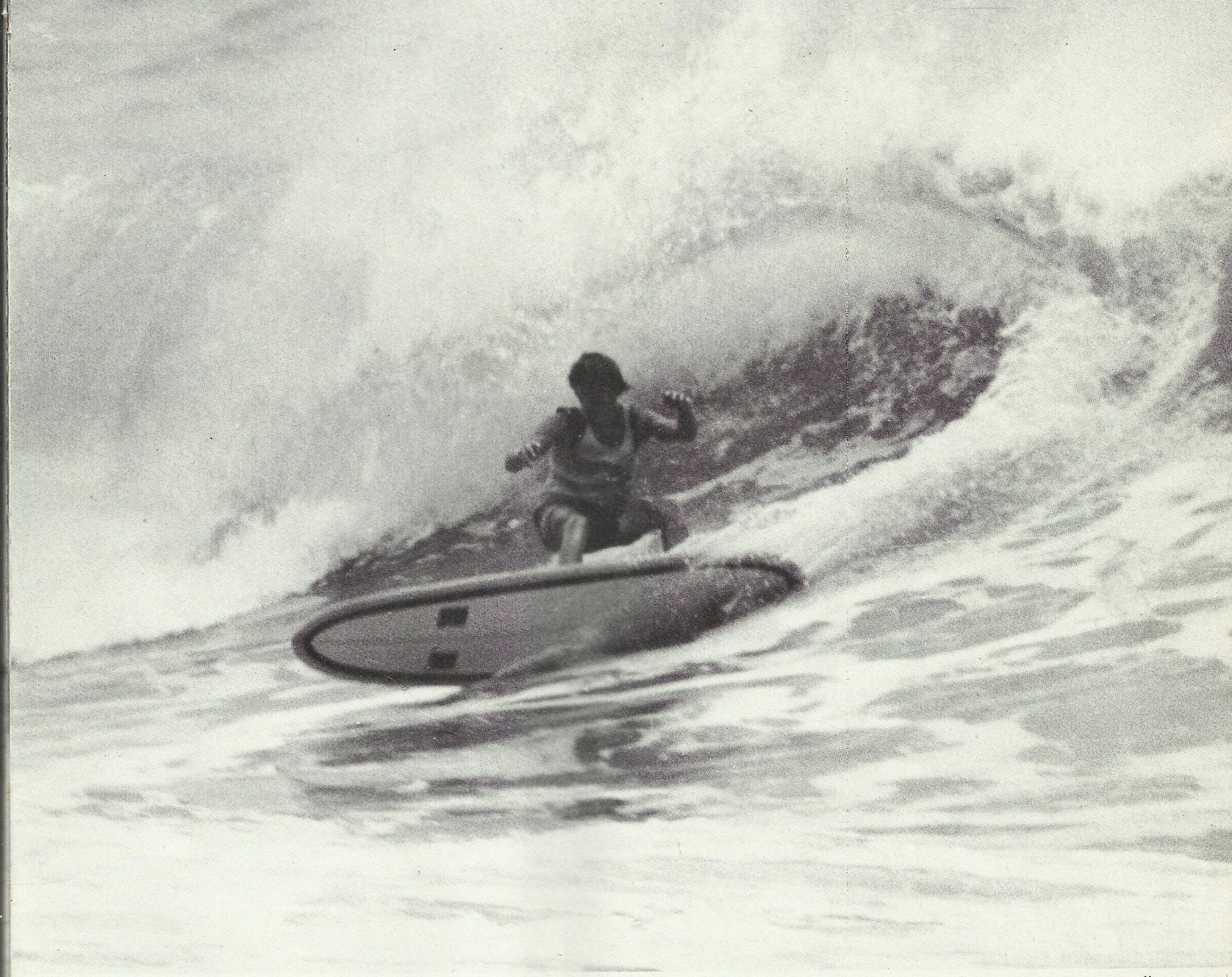 Lynch recently shaped some re-issues of the board. See below for a picture, along with a certificate of authenticity. Again, you’ll notice the wide point is located pretty far back. This picture also gives a good look at the rocker.

To make things even more confusing, it looks like Lynch did a separate reissue of the Evolution Double Ender board from 1968, but limited the second run to ten boards. The second re-issue also features an entirely different logo, which I have been unable to find anywhere else. See below for some pictures, which were taken from Surfy Surfy’s blog. It looks like the second run of reissues may have coincided with the release of “Uncharted Waters”, a documentary about Lynch (more on that later). See below for pics:

Note in the bottom right pic there’s a clear example of Lynch’s signature, along with a “2 of 10” numbering. Otherwise, the silhouette looks very similar to the Double Ender above.

The Double Ender design endures to this day. Two shapers that continue to produce boards heavily influenced by this design are Californians Marc Andreini and Ryan Lovelace with their Double Enda and V-Bowls models, respectively.

There’s another example of a 1968 Wayne Lynch board, as documented in the short film “The Involvement Dream.” The film, which was made by Nathan Oldfield, documents surfer Belinda Baggs as she takes a 1968 Involvement model through its paces.

Starting in 1968, Lynch released another version of his signature model. I don’t know whether or not this is officially considered a different design, but there are clear properties that distinguish it from the boards above.

The Wayne Lynch Involvment (sic) boards released between 1968 and 1971 featured a few common elements. One prominent feature is a new logo with a spelling error. You can see in the picture below that “Involvment” (sic) is missing the first “e”. Once again you’ll see the “JA Surfboards” logo at the bottom. 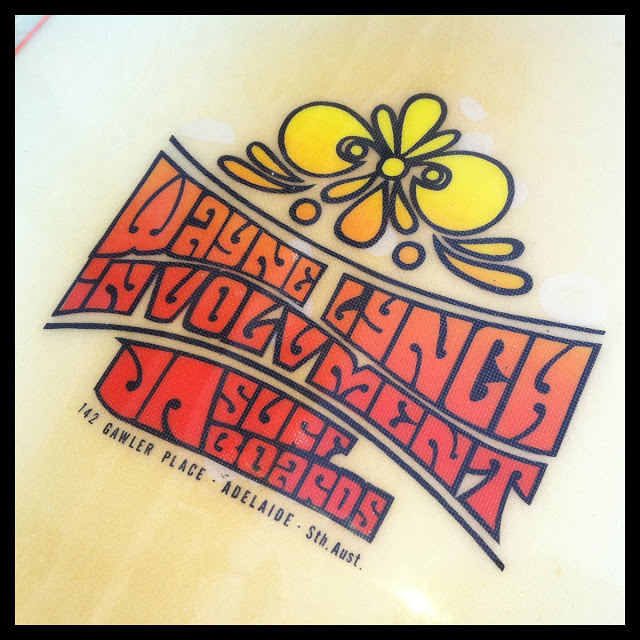 Clear example of the “typo” logo — it’s missing an e!

I was able to find three good examples of the typo model online. There are some subtle differences between each one. First we have a board being sold by Ryan Lovelace, which you can find on Craigslist. The asking price is $3,500. See below for pictures of the board.

A second example of the typo board can be found on Surfy Surfy’s excellent blog. Pics below:

I hate to say this, but it appears that the typo boards were not shaped by Lynch himself. Geoff, the thorough and knowledgeable proprietor of surfresearch.com.au, claims that many of these boards were actually shaped by a stable of John Arnold shapers, including Wayne Dale, Zig / Sig Kwiatkowski, and Kym Thompson. Stoked-n-Board’s entry for John Arnold Surfboards supports this as well.

There’s another example of the “typo” board up on Von Weirdos. I have included some of the pictures below. The board is no longer for sale, but it offers some interesting clues. First, the Von Weirdos board is 7’7″ — considerably shorter than either the Lovelace or or the Surfy Surfy board. It also looks like it has more of a pintail shape, versus the rounder tails of the Surfy Surfy and Lovelace boards. Two other differences: the signature on the stringer in the last picture below is quite different, and note the yellow John Arnold lowercase logo that doesn’t appear on the Lovelace or Surfy Surfy boards. According to Von Weirdos, this board was shaped in 1969.

Surfresearch.com.au also features this fantastic advertisement, which has another great example of the typo logo. This awesome ad ran was featured in Surf International magazine’s January 1969 issue. Look at how young Lynch is! He would have been 17 at oldest in this ad. The last board I’ll feature on today’s post can also be found at the Gold Coast Surf Museum. See a link to the board here. This board was shaped in 1969, and it has a very clear signature from Lynch himself dating the board to that year, though it looks like the signature was added after the board was shaped. The board was featured in “Sea of Joy”, which is a sequel of sorts to “Evolution”, also directed by Paul Witzig. The “Sea of Joy” board is much shorter than any of the others. The Gold Coast Surf Museum lists the length as 2020 mm, which would make it around 6’6″. Note also that the typo in the logo has been fixed, and while the typeface is similar, it’s missing the “sunburst” design that can be found on the typo boards above.

That’s it for today’s post! Stay tuned for the next part of the Wayne Lynch series, in which I will explore his later boards.

Photograph at the top of the post: Wayne Lynch at Bells in 1969 by John Witzig