These “weekend” posts are increasingly stretching into Monday evening territory, so apologies for the delay. With that said, here’s a mix of some interesting surfboards I’ve come across recently.

Today’s post features not one, but two great deals regarding some Harbour boards. First is a Harbour Banana model for sale for $600 on Craigslist in Santa Ana, California (Orange County). You can find the board here. I’ve said this before, and I’ll say it again: Rich Harbour is charging an additional $500 just to hand shape a board! This thing is underpriced, considering. The Banana looks like it was shaped recently, it’s in great condition, and the listing has clear pictures of the signature. Check it here. 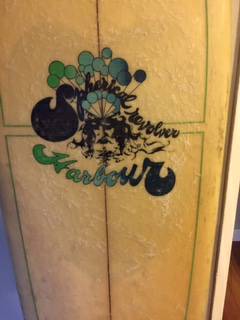 This deal might be better than the first (and I’m sorely tempted to pull the trigger on this thing myself). There’s a Harbour Spherical Revolver for sale on Craigslist in Los Angeles that’s going for a mere $300. You can find the board here. The pictures on the post aren’t great, but there aren’t any major areas of concern I can identify off the bat. Now is as good a time as any to remind you that Shred Sledz’s Official Policy regarding these matters is that you should see a board in person before pulling the trigger. 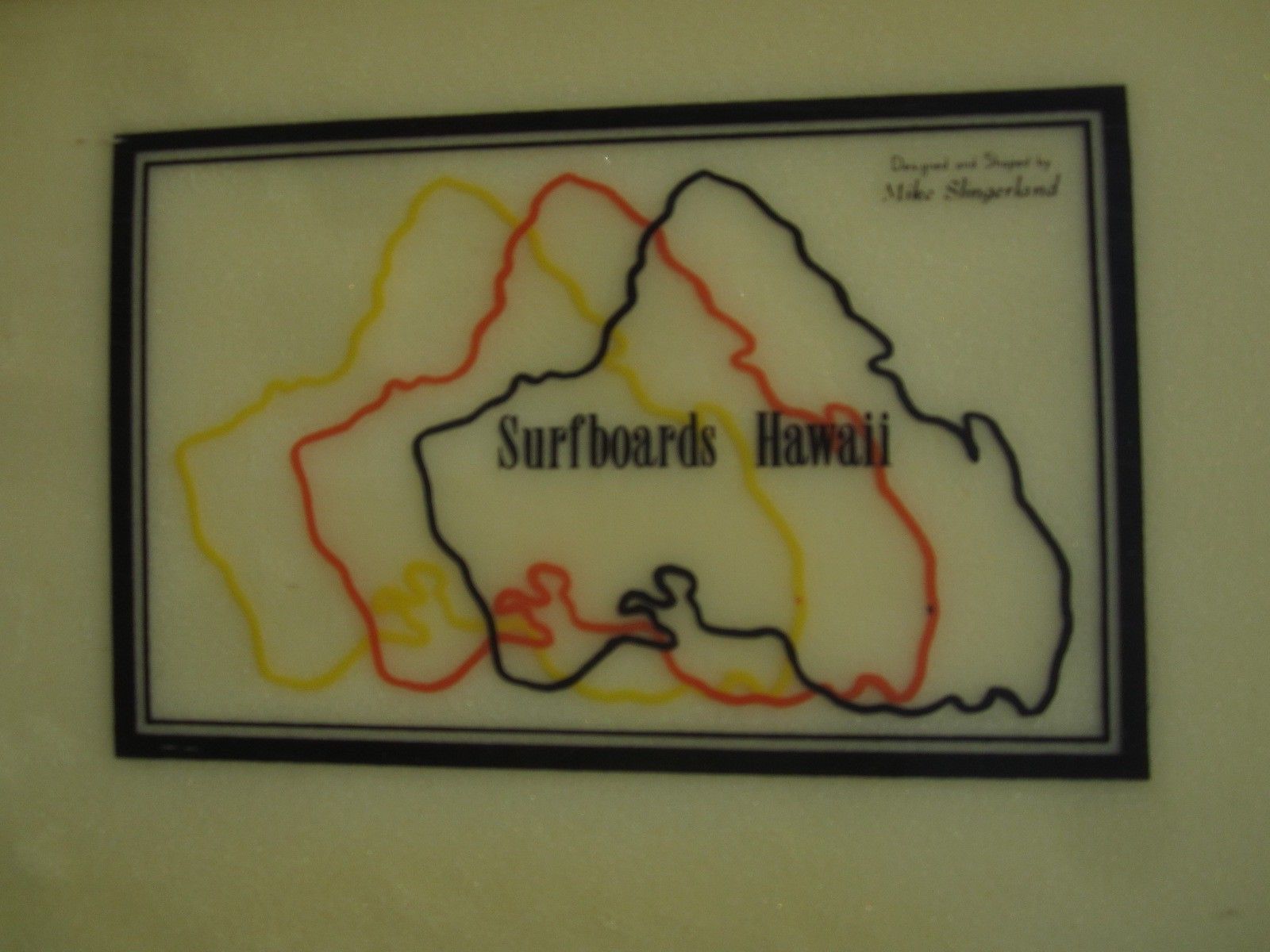 First, the good news: there’s a Mike Slingerland-shaped Surfboards Hawaii single fin currently for sale on eBay, and it features a rad alternate logo that I have never seen before. You can find the link here. Right now, the bidding is at a mere $45. The bad news? The board has a pretty gruesome repair that needs to be re-done. Either way, it’s a cool example of a later-era Surfboards Hawaii board.

Guy Okazaki is a Venice-based shaper who has been plying his trade way before Venice was ever cool. There’s a 70s single fin he shaped that is currently for sale for $475 on Craigslist in Simi Valley, which is right outside of Los Angeles. You can find that link here. I’ll be the first to admit that I don’t know much about Okazaki himself, but this is a beautiful classic 70s single fin with a great rainbow fin, and it looks like it has been kept in pretty impeccable condition.

I won’t justify these with pics.

$80 for a Phil Becker-shaped Rick Board. Board isn’t in great condition, but $80 for a Becker Phil is worth mentioning. Craigslist, Orange County: link here.

$50 for a Russell single fin. Shawn Stussy used to shape for Russell back in the day; could be worth taking a flyer on this thing in the hopes that this could be true. Craigslist, Los Angeles: link here.

$300 for a Schroff shortboard. This price isn’t a bargain, per se — the board has the older logo and it’s not one of the obvious 80s versions that the collectors go crazy over. I’m having a hard time telling if this thing is a re-issue or if it really is vintage. Glass on fins are making me lean towards the latter but don’t quote me. It has some cool channels on the bottom, too. Craigslist, San Clemente: link here.