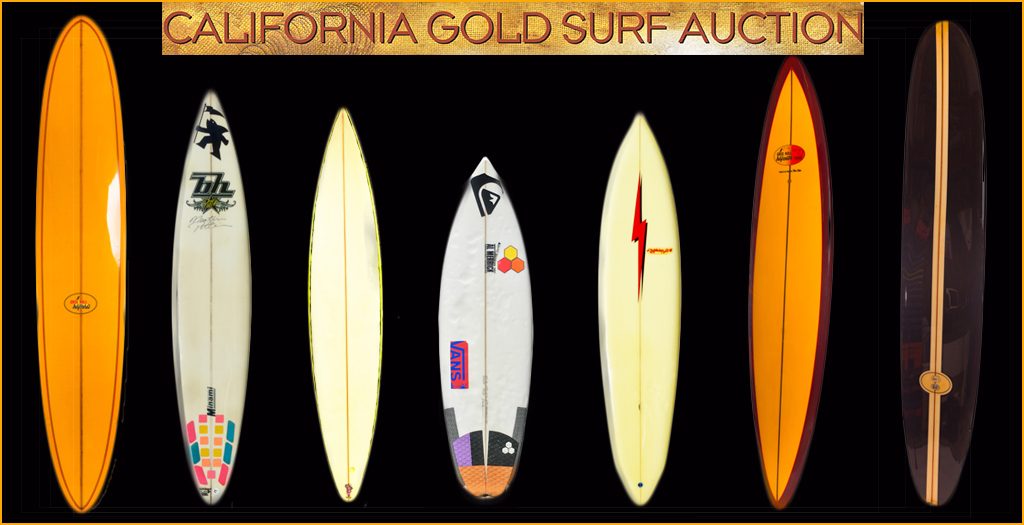 This is it, folks…the big Kahuna.

The 2017 California Gold Surf Auction is underway. Lots begin closing later this week, on May 7, and as the auction enters the home stretch, I figure now is a good time to take a closer look at some of the boards being offered.

First, a little context: the California Gold Surf Auction is put on by Scott Bass, who runs the excellent Boardroom Show surfboard expo, and can be heard on both his Down the Line podcast, as well as the Surf Splendor podcast (both of which I recommend).

More importantly, the auction benefits the Surfing Heritage and Culture Center. If you’re at all interested in surf history — and if you’re not, I’d love to know how you ended up here, of all places — the SHCC is worthy of your support. Personally, I love the SHCC’s Stoked-n-Board resource, which is an online directory of just about every surfboard brand ever. Bottom line: not only are you buying some rad sticks, you’re also supporting an organization that does some great work in preserving history and spreading stoke.

Alright, I’m going to step off my soapbox and play the hits. Here are some of the rad boards on offer.

I’ll let the auction organizers say it: “in our eyes the coolest board in the auction.” Who am I to disagree? Yater shaped, glassed, and finished this board…and then probably ripped perfect Rincon with it, too. One cool detail for fellow board nerds: you’ll see a number on the stringer with a small Y above it. Apparently this is how Yater signed some of his personal boards (versus the more common “R. Yater” signature and numbering you see on his later designs). The board was shaped in 1976. I’m not sure if this is considered a proper Pocket Rocket or not. There is no reserve and right now the highest bid is $800. That is an unbelievably low price, though I suspect bidding will probably heat up towards the end of the auction. You can see more pics on the auction site, which you can find here.

Hit “Continue Reading” below to see more selections from the auction…

Yup, another personal rider from a well-regarded California shaper. This is a funky Stussy shortboard unlike any other I’ve seen. You’ll immediately notice the channel in the tail and the Twinzer setup, which is apparently a tribute to Will Jobson’s pioneering design. This board doesn’t have the bright graphics of Stussy’s ultra collectible 80s boards, but I really dig the more subtle approach. It has a ton of the precise, detailed logos that I just love about Stussy’s boards. Check out the little martini graphic on the glass-on fins, for example. It’s also interesting to note that Stussy labeled this board as a QZ 4. I’ve written previously about the QZ 3 numbering on other Stussy boards; I’m guessing the number references the fin setup (though still no clue what QZ stands for). Currently no bids, with a minimum of $800. More pics available on the listing, which can be found here. 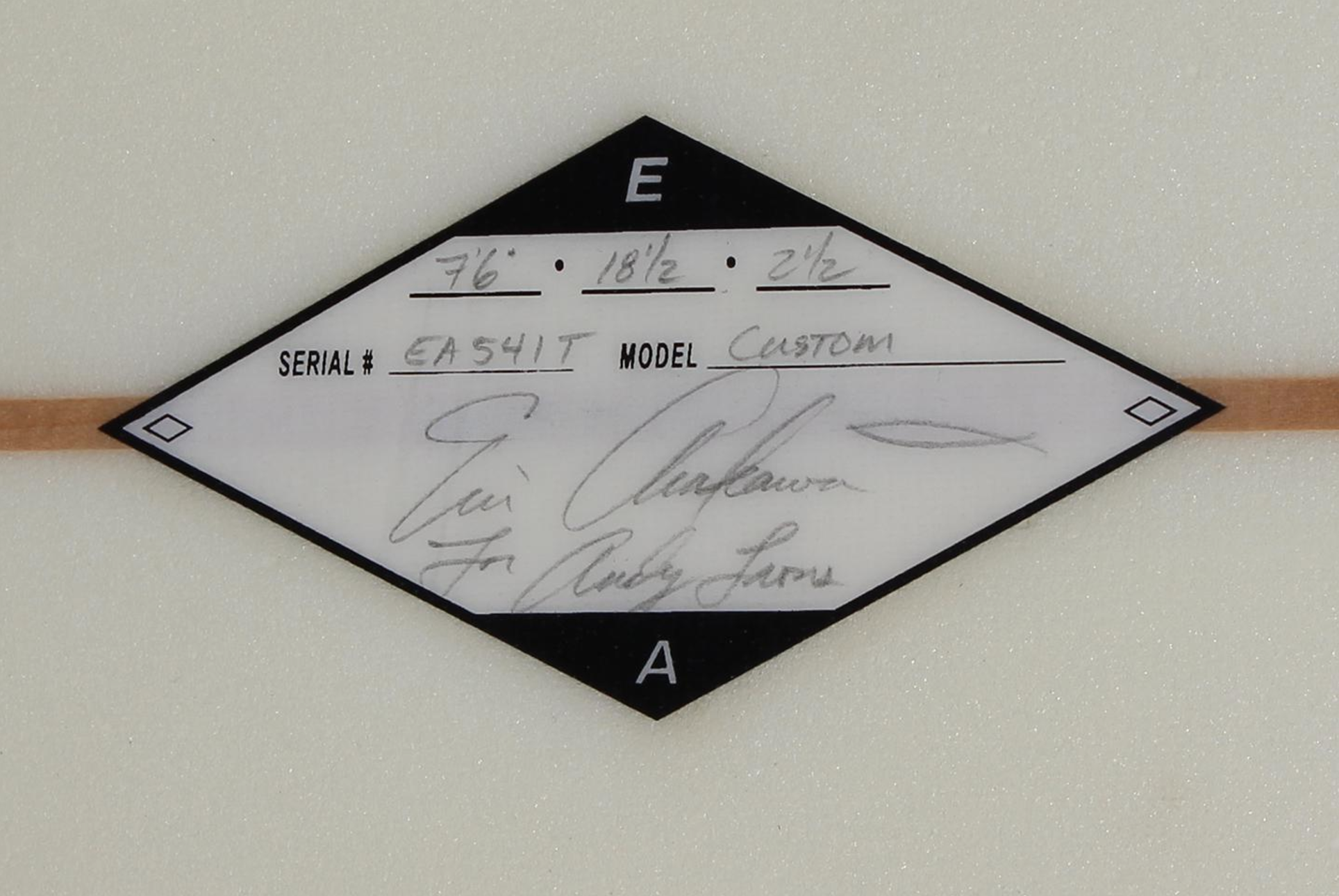 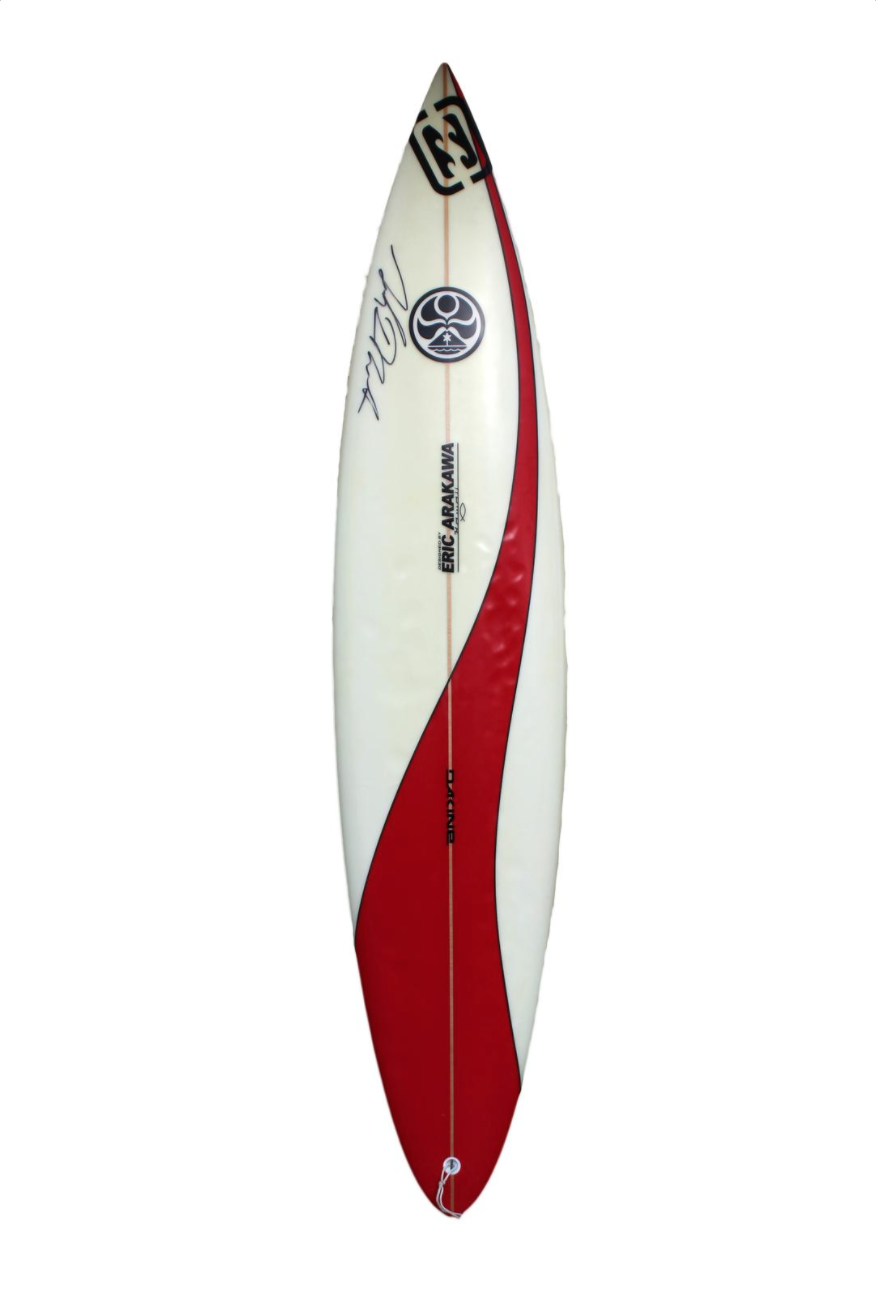 Is it really possible that Shred Sledz has never featured a personal Andy Irons board before? Like so many surf fans, I was blown away when I heard of AI’s untimely and premature passing in 2010. It is a story as complicated as the man himself. I think about AI’s surfing, and how raw, powerful, and aggressive it was; and I am also moved by the tragic narrative of a man whose formidable talent was matched only by his inner demons. (Brad Melekian wrote an excellent and controversial article for Outside Magazine that I cannot recommend enough. You can find it here.) RIP AI! Teton Gravity Research is set to release a documentary on the man later this year, and I can’t wait to see it.

In the meantime, the California Gold Surf Auction has one of AI’s personal riders for sale. It’s a step up board tailor made for the powerful surf that brought out the best in AI’s surfing. Andy could rip with the best of them, but I loved watching him surf waves of consequence, where his fearlessness really shone through. The board is shaped by none other than well-regarded Hawaiian shaper Eric Arakawa, who provided boards for AI throughout his brief but unforgettable career. The auction lot also comes with a bunch of great memorabilia, including a signed picture of the champ. 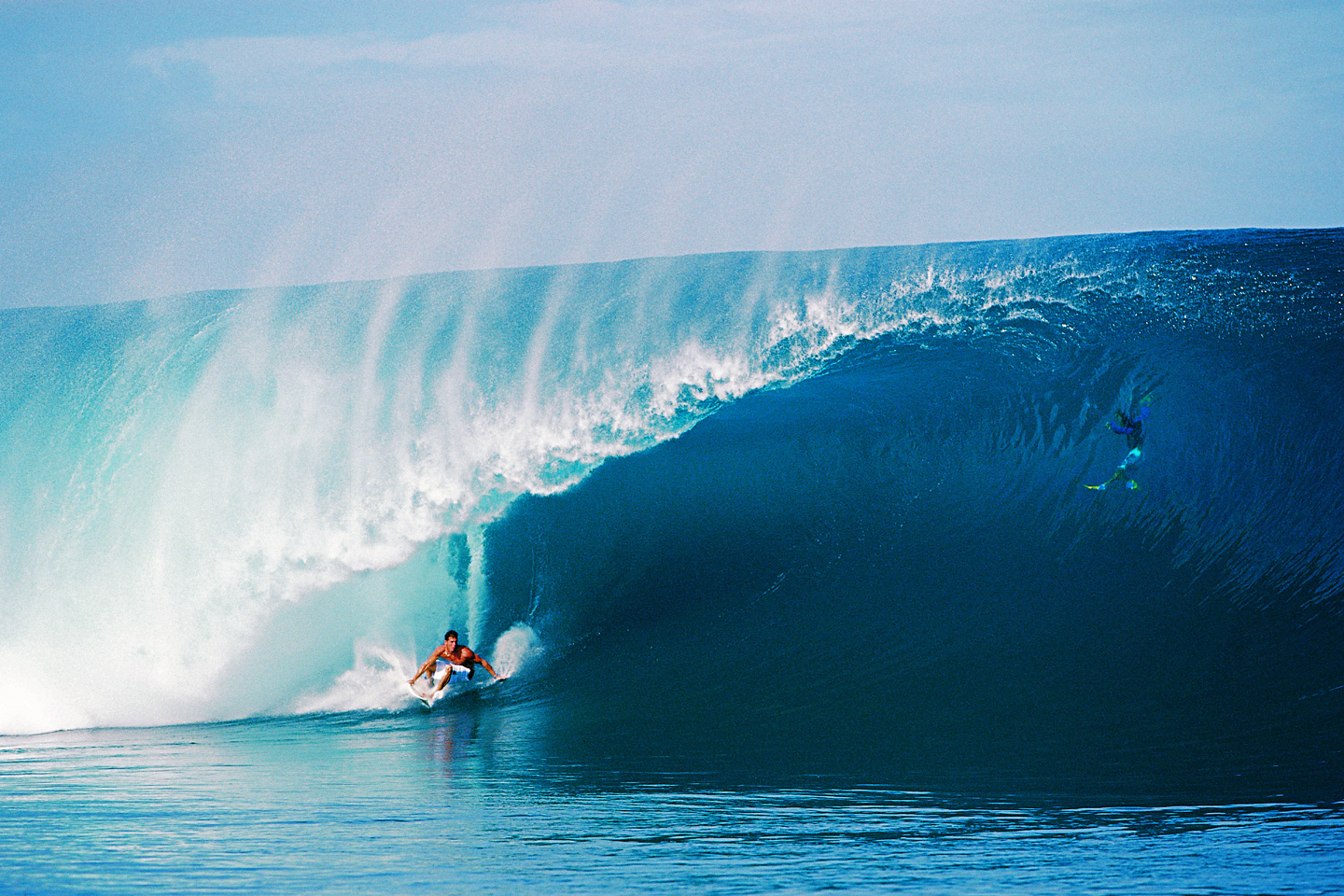 The boards above are my favorites, but there’s plenty of more rad stuff, including some rare Takayama boards, a couple of Phil Edwards designs, and a vintage Liddle. If you’re at all interested in vintage surfboards, check out the auction site here: http://www.thevintagesurfauction.com/.