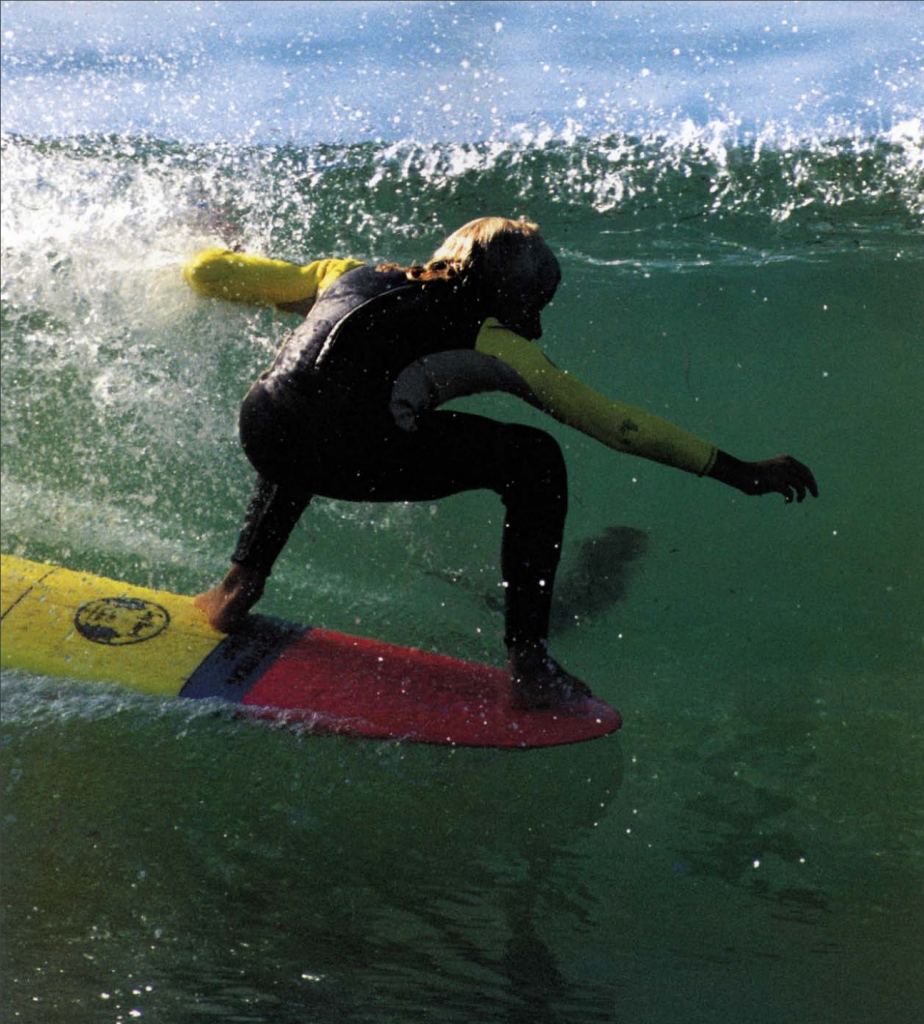 Greetings, Shredderz! Sorry for all the radio silence here at Shred Sledz HQ, but I’m afraid our editorial staff was waylaid by a particularly nasty bug. But I digress. Today’s update features a rare board from a classic combination: a Donald Takayama Joel Tudor Pintail Pig currently up for sale on eBay. You can find a link to the board here. Pics via the eBay listing.

Tudor, of course, remains the world’s most famous longboarder a good two decades plus after he burst onto the scene as a wunderkind. Before his passing in 2012, Takayama had cemented his legacy as one of the finest shapers in the world. Takayama briefly disappeared from surfing during the 1980s to do time in federal prison as the result of a cocaine trafficking bust. In the nineties, Takayama revived his career and struck up a partnership with a young Joel Tudor. Their collaboration ended in 1998 — when Tudor was only 22 — as Tudor set up his own surfboard brand, working with shapers like Bill Shrosbree and Stu Kenson.

The board above is interesting for many reasons. First, Donald Takayama Joel Tudor models are generally difficult to find. I see a lot of older Takayama boards for sale on Craigslist, particularly around San Diego, where Takayama was based for much of his career (despite having been born in Hawaii), but it is more difficult to find ones with Tudor’s logo. In addition, the board above has two more interesting characteristics. First is the unusual “60’s Longboard Classic’s” (sic) laminate, which is hard to find. The other is the fact this is a “Pintail Pig”, a variant I have personally never seen before.

Here’s an example of a different board boasting the “60’s Longboard Classic’s” lam, but you’ll notice two differences: one, it doesn’t have Tudor’s name on it; two, the logo only reads “Pig.” The second aspect is a little strange, given that it sure looks like a pintail to me. The board is currently for sale on TheBoardSource.com. Pics taken via The Board Source listing (link here).

The Board Source has pictures of another Donald Takayama Joel Tudor board with the “60’s Longboard Classic’s” logo. This one, however, is not a pig design. Note that the wide point is much further up when compared with the Pig board above, and the tail is a squashtail. Note that the board is no longer for sale. You can find the original link to the board here. 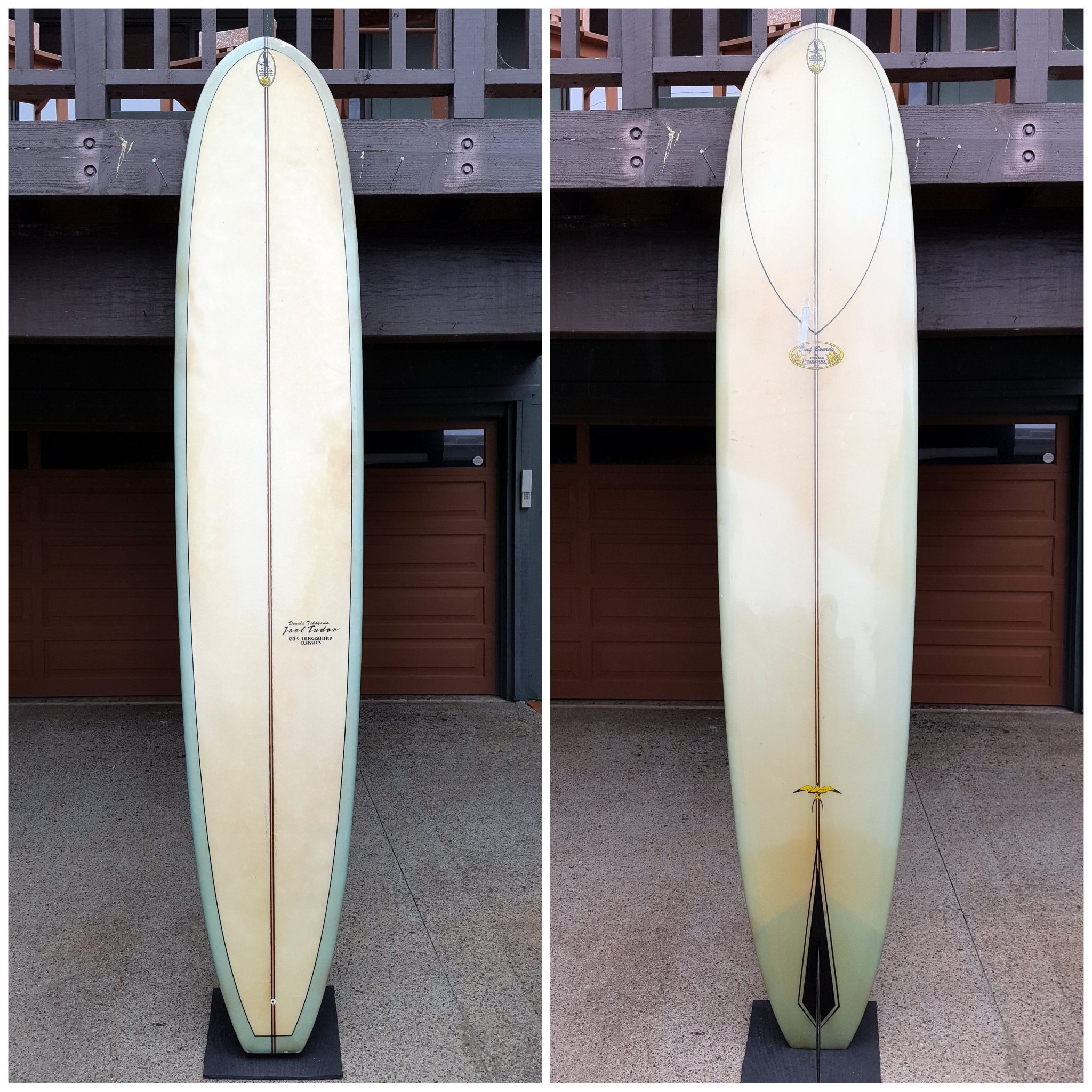 Note the similarity between this board and the one at the top of the page. It has the “60’s Longboard Classic’s” logo and Tudor’s name, but it’s obviously not a Pintail Pig model. Pic via The Board Source

Back to the board at the top of the page: it’s for sale on eBay, it’s currently listed at $800, and from what I can tell, it’s a pretty rare example of a Donald Takayama Joel Tudor collaboration. What’s the catch? Well, the board is located in France, so unless you’re a Hossegor local with an eye for collectible boards, you’re going to have to add a couple of hundred bucks to the final cost. That said, it is a cool example of one of surfing’s most classic partnerships, and that’s always worth noting. Check out the board here.