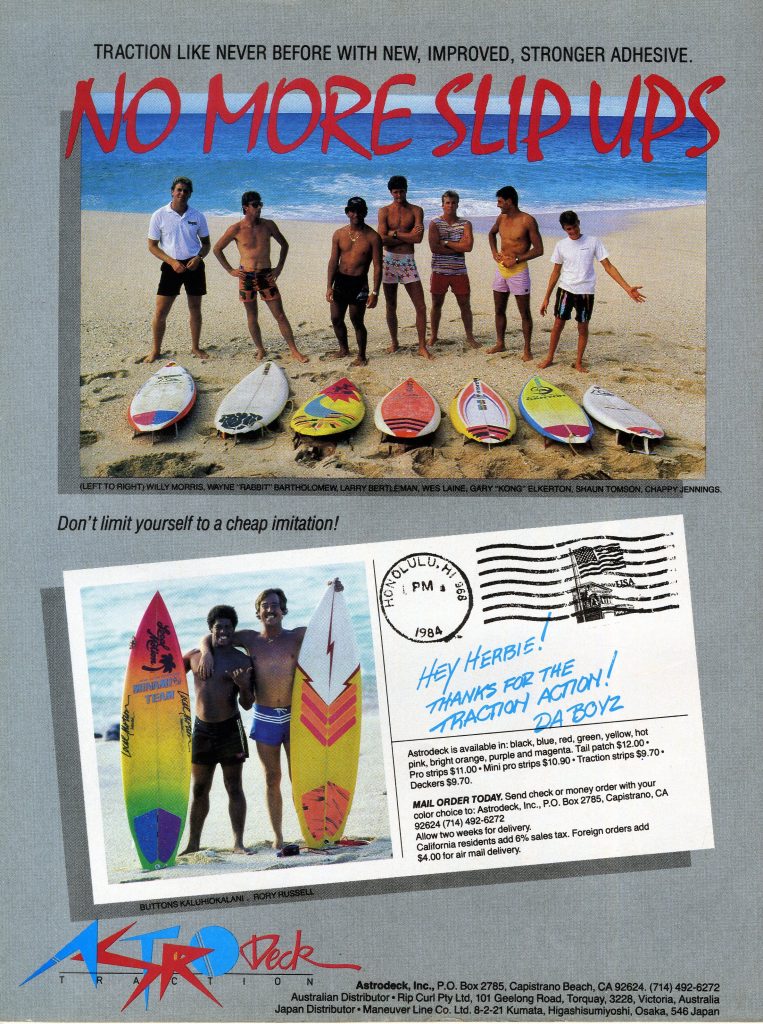 Greetings, Shredderz! As promised, we have another episode of Sagas of Shred, which features various bits of surf history from over the years. We have written about old Astrodeck ads before, but hey, you gotta keep drawing from the well until it’s dry! Today’s installment is an Astrodeck ad from the 1980s that features another murderer’s row of surfers. Pictured left to right: Willy Morris, Rabbit Bartholomew, Larry Bertlemann, Wes Laine, Gary Elkerton, and Chappy Jennings. The second picture has Hawaiian fixtures Buttons Kaluhiokalani and Rory Russell…because the All Star team assembled in the first one simply wasn’t enough! A lot has changed in surfing over the years, but Herbie Fletcher’s unparalleled ability to gather big name pros has not. Hope you enjoyed this post and tune in next Thursday for more Sagas of Shred!