John Milius with a Greg Liddle Hull: Sagas of Shred 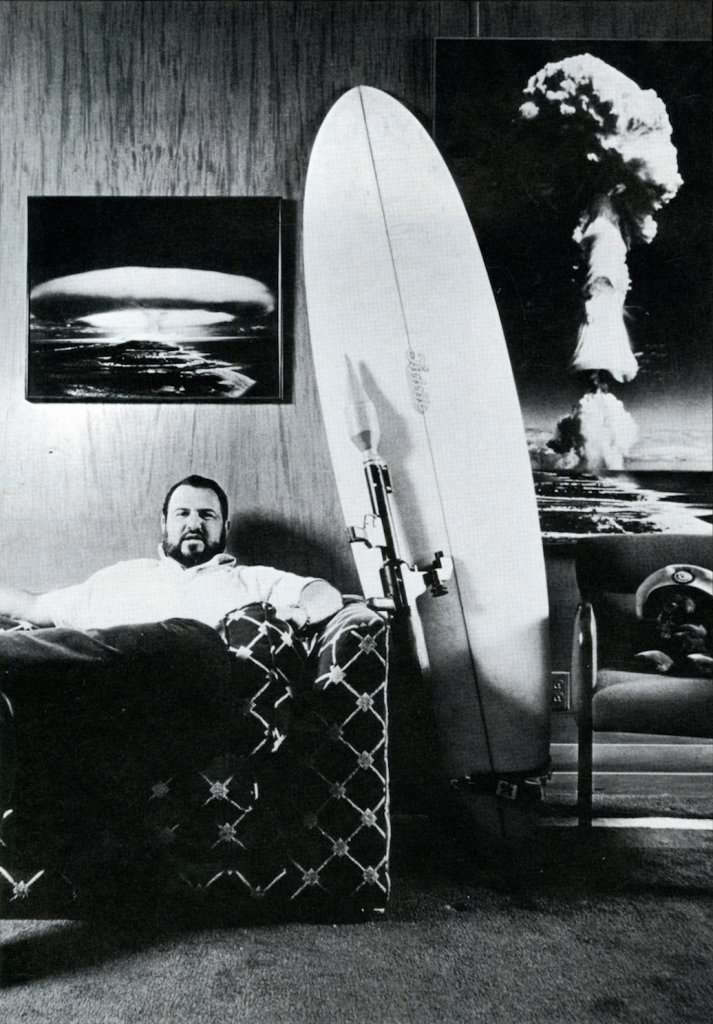 Greetings, Shredderz! Today’s entry in the venerable Sagas of Shred series comes one day later than its usual Thursday time slot. Hopefully the content is good enough for you to look past that. Pictured above is John Milius, the Hollywood director and screenwriter behind movies like “Big Wednesday” and “Apocalypse Now.” The photo was taken by Patrick James, and it originally appeared in an issue of Surfer Magazine from the 1980s. The pairing of a rocket launcher with a Liddle hull is a curious one for sure. I’m not qualified to speak about the weaponry in the picture, but Milius does have great taste in surfboards.