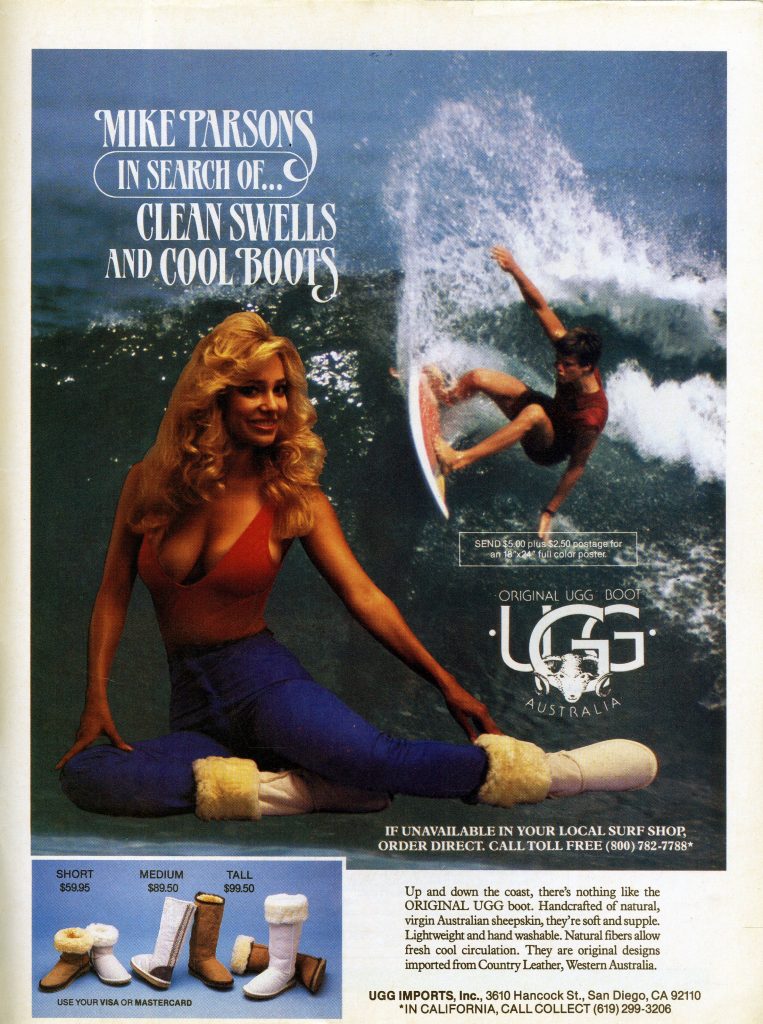 Looks like Snips found the clean swells, now where are the cool boots? This vintage Ugg Australia ad appeared in the February 1985 issue of Surfer Magazine (Volume 26, No.2). It features Mike Parsons, a Southern California pro who now coaches some of the world’s top surfers. Some of us remember Ugg Boots as the preferred footwear of sorority girls everywhere, but before that, the sheepskin slip-ons were a staple of Aussie dawn patrols. As I go through early back issues of Surfer Magazine, I am often struck by the ads, and how different they are from modern marketing. (The whole “sex sells” attitude was often taken at face value, it seems.) The ironic thing about this ad is that I believe it is intended for male consumers, whereas nowadays we primarily think of Ugg Boots as being targeted to women and Super Bowl-winning quarterbacks. Hope you enjoyed this latest installment of Sagas of Shred, brought to you every Thursday by your good friends at ShredSledz.net!