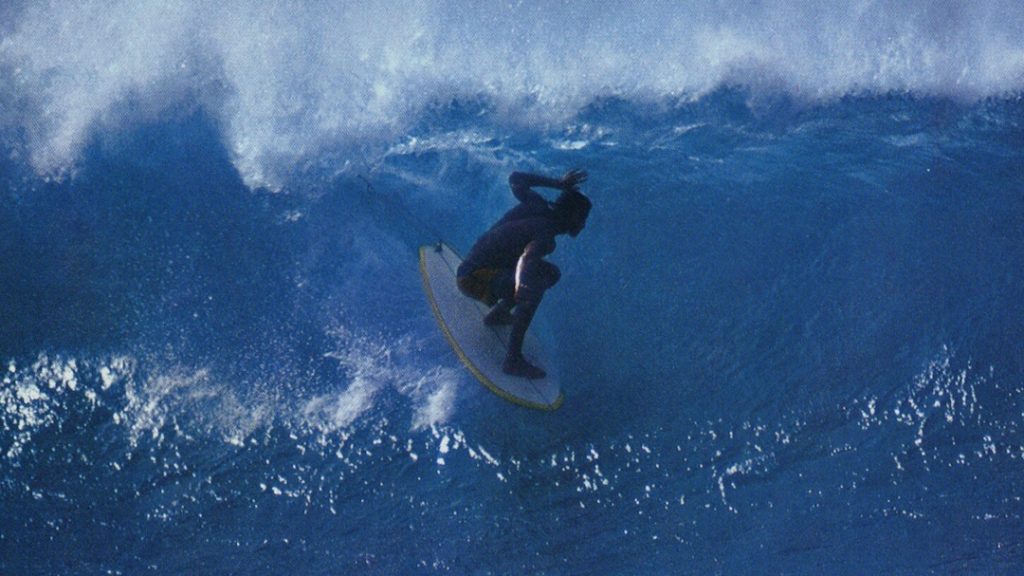 Who doesn’t love a good bonzer? The Campbell Brothers’ revolutionary multi-fin design (which preceded Simon Anderson’s thruster by a good decade) endures today. Moreover, the bonzer exists not as a glorified prop for Instagram surf hipsters, but as a high-performance design ridden by some of the finest schralpers on the planet. Malcolm and Duncan Campbell are still shaping boards more than four decades since inventing the bonzer. One of the Campbell Brothers’ more popular models is the Russ Short bonzer. I never gave much thought to the name of the Russ Short bonzer until recently, when I discovered that Short was actually one of California’s best surfers during the 1970s, and the board had been named after him.

I found a profile of Russ Short in an old issue of Surfer Magazine (September 1979, Vol. 20, No. 9), and was immediately struck by the picture seen above. The photo was taken by the late Craig Fineman, who also wrote the accompanying article.

Check out the Russ Short bonzer he’s toting in the picture above. You can see the dramatic double concave in the tail and the distinct angle of the bonzer side fins. I don’t know if the board is considered a proper Russ Short bonzer model, which the Campbell Brothers continue to produce to this day. The Surfer Magazine article delves a bit into Russ’ long-time collaboration with the Campbells. Apparently, Russ was in Malcolm and Duncan’s orbit when the very first bonzers were invented. I’ve excerpted relevant text from Fineman’s profile below:

“It wasn’t long after to move to Ventura County that [Short’s] relationship with the Campbell brothers commenced. He put in many years as the leading test pilot for Bonzer Vehicles. He saw it all, from the first garage models to manufacturing arrangements with Weber and finally Bing. He was constantly involved in the design progression from early hand-shaped, hand-glassed Bonzers, to today’s sophisticated Bonzer Light Vehicle. It proved to be a valid and lucrative association, as Russ managed to gain quite a bit of media coverage, and in so doing sold a lot of surfboards.”

While Short is known for piloting Campbell Brothers surfboards, the article also makes mention of Russ’ collaboration with another shaper named Mike Perry. This must have taken place in the late 1970s, given the article was published in 1979. Stoked-n-Board has a listing for Mike Perry, but it was the first I had ever heard of him. I have no idea whether this collaboration endured. If you have more info on the boards Mike Perry made for Russ Short, please let me know!

The Russ Short bonzer is a fantastic example of the magic that can happen when a talented surfer gets the right boards beneath his feet. I love Short’s surfing in the video above, which must have seemed practically alien when it happened forty years ago!

Hope you enjoyed this installment of Sagas of Shred, and as always, tune in next Thursday for another glimpse into surfing’s weird and wonderful past.