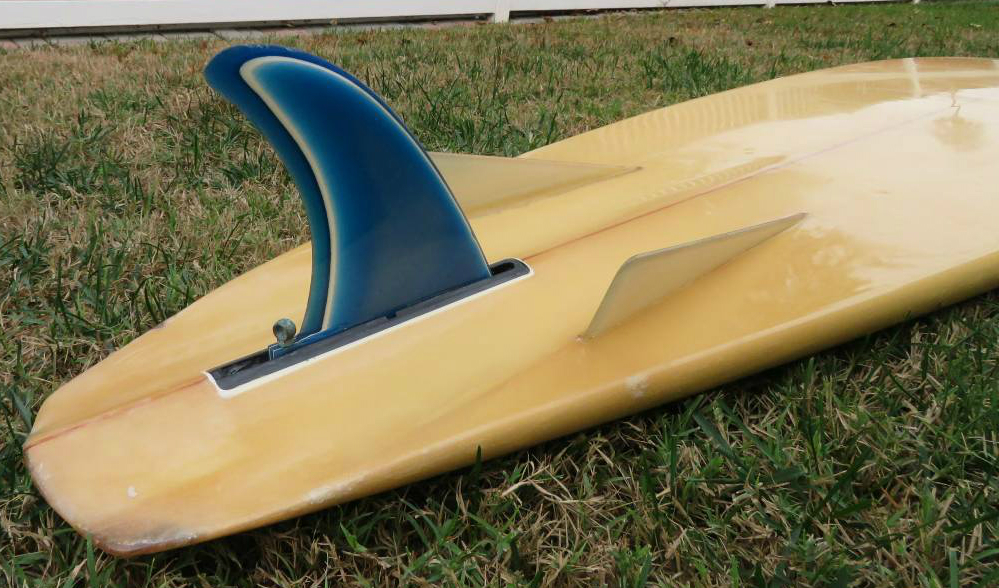 Greetings, Shredderz! Have we got a treat for you today. Longtime readers of this humble little blog may know that we’re big fans of the Campbell Brothers’ inimitable Bonzer design. Shred Sledz has previously featured a few vintage Bing Bonzer surfboards, which you’ll periodically see pop up for sale here and there. However, finding genuine vintage Campbell Brothers Bonzers is a bit more difficult. Is this because Bing simply had a larger production run during its early years? I can’t say for sure.

But if you’re a fan of vintage Campbell Brothers Bonzer surfboards, today’s your lucky day, because there’s currently one that’s listed for sale in San Diego. All pics in the post are via the listing. You can find a link to the board here.

First, the Craigslist post indicates that the board is the Campbell Brothers’ famous Russ Short model. Russ Short was one of the Campbell Brothers’ finest test pilots back in the mid- to late-1970s, and the design continues to be produced today. Check out this earlier post featuring a picture of Mr. Short. There’s no specific date listed with the board, but the poster claims it’s from the mid-1970s, which seems right. I say this based on a few factors: first, the vintage Rainbow Fin, and more tellingly, the eyehole screw (I’m not sure if this is the right term, so please correct me if that’s wrong) holding it in. Second, you’ll notice the board has a dramatic double concave in the tail. Love those tail contours. There is something immensely satisfying about the lines of these old Bonzer surfboards, between the round arcs of the concave bottom and then the sharp, straight angles of the side bites.

I’m not certain, but anecdotally I would say that while Mike Eaton continued to build boards with pronounced double concave designs, the Campbell Brothers Bonzers mellowed out on this in a bit. The fine folks at Surfy Surfy have a picture of a modern Campbell Brothers Russ Short, and as you can see, the tail design has mellowed out over the years. Classic Campbell Brothers Bonzer Vehicles logo. I also love the cobalt blue of the logo, especially when paired with that gorgeous 70s Rainbow Fin that comes with the board.

The board is 7’4″ and the seller is asking $550. As always, I’m a little undecided on the price. On one hand, the board has been used a bit, and it by no means is in impeccable condition. On the other, you simply don’t find 70s Campbell Brothers Russ Short Bonzers very often, and $550 for a rideable piece of history strikes me as a fair deal. Anyway, I suppose that isn’t for me to decide. If you’re interested, check out the board here.