Rory “The Dog” Russell for Lightning Bolt: Sagas of Shred 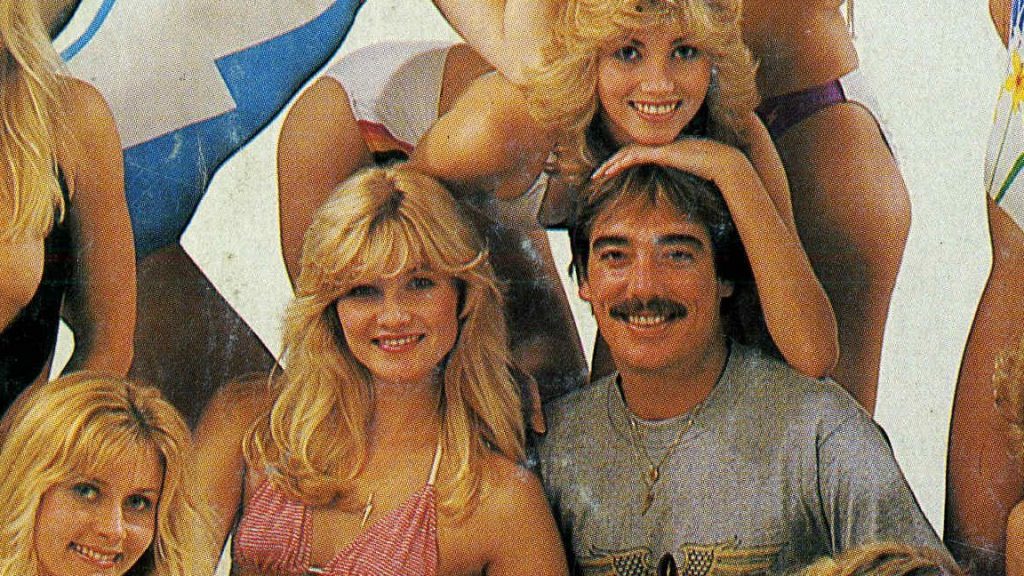 Surfing is a sport known for its colorful characters. Even against this crowded backdrop, though, Rory “The Dog” Russell stands out. As always, Matt Warshaw’s peerless Encyclopedia of Surfing puts it best: “Happy, hedonistic tuberiding specialist from the North Shore of Oahu, Hawaii; Pipeline Masters winner in 1976 and 1977.”

Russell was a North Shore standout during the 1970s, and there are tons of pictures of him charging sizable Pipeline riding the unmistakable Lightning Bolt single fins that dominated the decade.

Lightning Bolt was not shy about capitalizing on Russell’s reputation as something of a bon vivant, either. Russell’s appearances in Lightning Bolt’s ads weren’t shy about making references to his famously freewheeling lifestyle.

The Bolt ad is a not so subtle play on Russell’s nickname, “The Dog”, and his reputation as a ladies’ man. As unlikely as it might seem, the copy on the advertisement is every bit as good as the classic photo of Russell grinning in a sea of blondes.

A roving ambassador and captain of Team Bolt, Rory Russell travels the world in search of the perfect wave and the ultimate lifestyle.

Aside from his surfing exploits, Rory is famous for his fun-loving attitude and is a widely proclaimed afficionado (sic) of beachwear and the casual lifestyle. Rory invited this very special group of friends to show his pick to click in Bolt for Gals Swimwear for the summer of ’82…

…and a hot one it is, thanks Rory.

As a general rule of thumb, anyone who can be described as a “widely proclaimed aficionado of beachwear and the casual lifestyle” has nothing more to prove to anyone. Ever. I don’t even know what being a casual lifestyle aficionado would entail, nor do I care. If you look closely, you’ll notice all the women in the ad are wearing matching Lightning Bolt necklaces, which is the cherry on top of the figurative sundae.

Thanks for checking out this installment of Sagas of Shred, and as always, swing back around next Thursday for more.