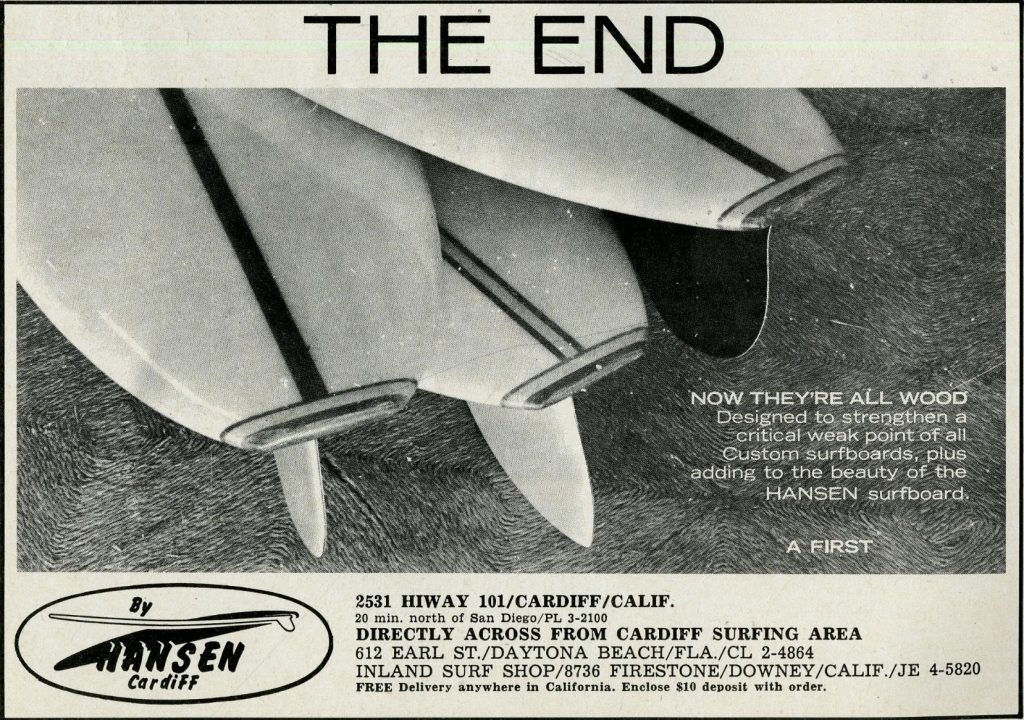 Greetings, Shredderz! Today’s entry in Sagas of Shred features a vintage Hansen Surfboards ad. The Hansen ad originally appeared in Surfer Magazine in 1963. It’s interesting to note the Hansen logo has Cardiff text on it, signaling the brand’s San Diego roots. A quick look at Stanley’s Surfboard Logo Library reveals that there have been many versions of the classic Hansen logo over time, both with and without the Cardiff text. It’s also funny that the ad is ostensibly about wooden tail blocks, but there’s no use of the exact term, hence “The End” text. The ad also suggests that Hansen seems to have invented the wooden tail block, but I’m sure that’s opening up a can of worms, and given that it’s almost midnight in California, I don’t really have the bandwidth to get into that debate. The other thing about these vintage ads is the pricing is always incredible. How about that $10 delivery to anywhere in California?!

Thanks for reading and tune in next Thursday night for another installment of Sagas of Shred, where we feature a “new” vintage surf advertisement every week.