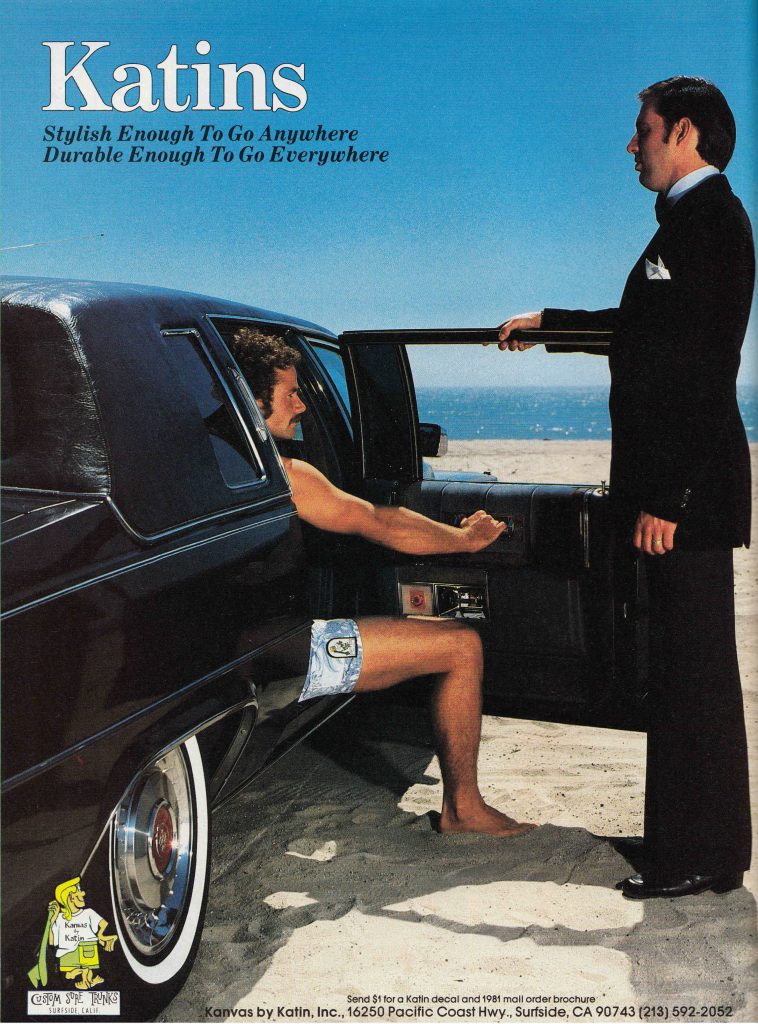 Before we even get started on the subject of surfing, can we all just agree that the stretch limo is absolute power move, and one that has gone neglected for far too long now? Okay, great, glad we’re all on the same page.

The vintage Katin ad featured here originally ran in the March 1982 issue of Surfer Magazine (Vol. 22, No. 3). There was a lot of silliness in the Eighties when it came to surf industry advertising, but I genuinely think this is a fantastic ad. The contrast between the super serious limo driver and his slightly more chilled out passenger is amazing.

It’s also interesting that Katin is billed as “Katins” in the ad. Katin is one of California’s most venerable surfwear companies, and I was surprised to learn earlier today that it counts a woman among its co-founders. Shout out to Nancy Katin, who, along with her husband, originally ran a company that made canvas boat covers, and then transitioned into making surf trunks. (Read the entire entry on Nancy Katin on the Encyclopedia of Surfing for more history.)

Katin is still alive and well today, although I think the business has new owners. Until recently Katin would post a ton of its awesome vintage ads under the Katin Vault series on their site, but a recent formatting change made it impossible to see the pics. In fact, they posted the very ad featured above, but I was able to get a higher quality version of the image by scanning it again.

As always, check back in late next Thursday night for another vintage surf ad as part of the “Sagas of Shred” series here on your favorite vintage surfboard blog.