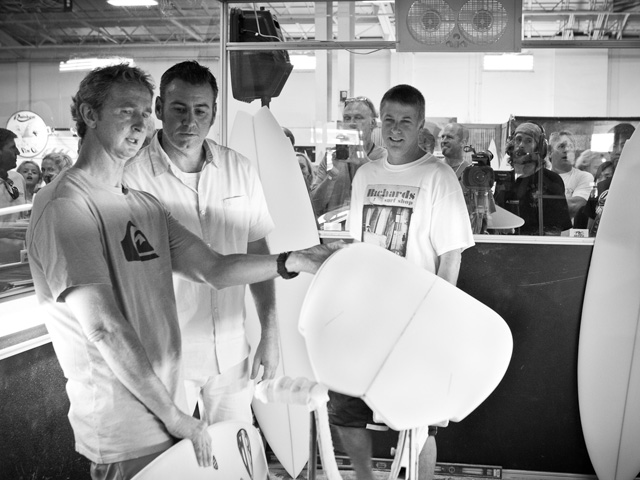 Greetings, Shredderz! As a vintage surfboard blog, we tend not to focus too much on the modern high performance shortboard. This is not a criticism by any means. Truth be told, if I were a better surfer this blog might be more focused on the finely tuned Ferraris you see all the pros riding!

Matt Biolos, the shaper behind …Lost Surfboards, one of the largest producers of said high performance thrusters, is one of the most fascinating (and influential) figures in modern surfing. He is a must follow on Instagram, where Biolos alternates behind tireless stumping for …Lost team riders and up-and-coming San Clemente rippers, and then the minutiae of surfboard design. Biolos has a clear sense of history, as seen by his collaborations with people like Mark Richards, for example. Simultaneously, …Lost Surfboards is unafraid to experiment with new materials and technologies, such as its work with Lib Tech, which is better known for creating innovative snowboards.

Early …Lost designs aren’t considered vintage quite yet, but personally, I think it’s only a matter of time before Biolos’ early shapes are coveted by collectors. I wonder if he is taken for granted to some extent, thanks to …Lost’s ubiquity, not to mention Biolos’ unpretentious approach. It’s amazing now to think that the fish revival, led by the landmark …Lost movie 5’5″ x 19 1/4″, is now twenty plus years old!

Today …Lost Surfboards debuted a cool little short film, “Fish”, which you can see online. I have linked to it below. The movie has some awesome historical footage, ranging from David Nuuhiwa in the Seventies to the infamous …Lost mid-Nineties highlights featuring  Cory Lopez and Chris Ward going berserk on what were then regarded as novelty boards. As a bonus, fhe film is narrated by none other than Dogtown legend and artist CR Stecyk. Finally, “Fish” brings things full circle by having current pros like Luke Davis and Josh Kerr lay down some amazing lines on these timeless designs.

Check out “Fish” below!