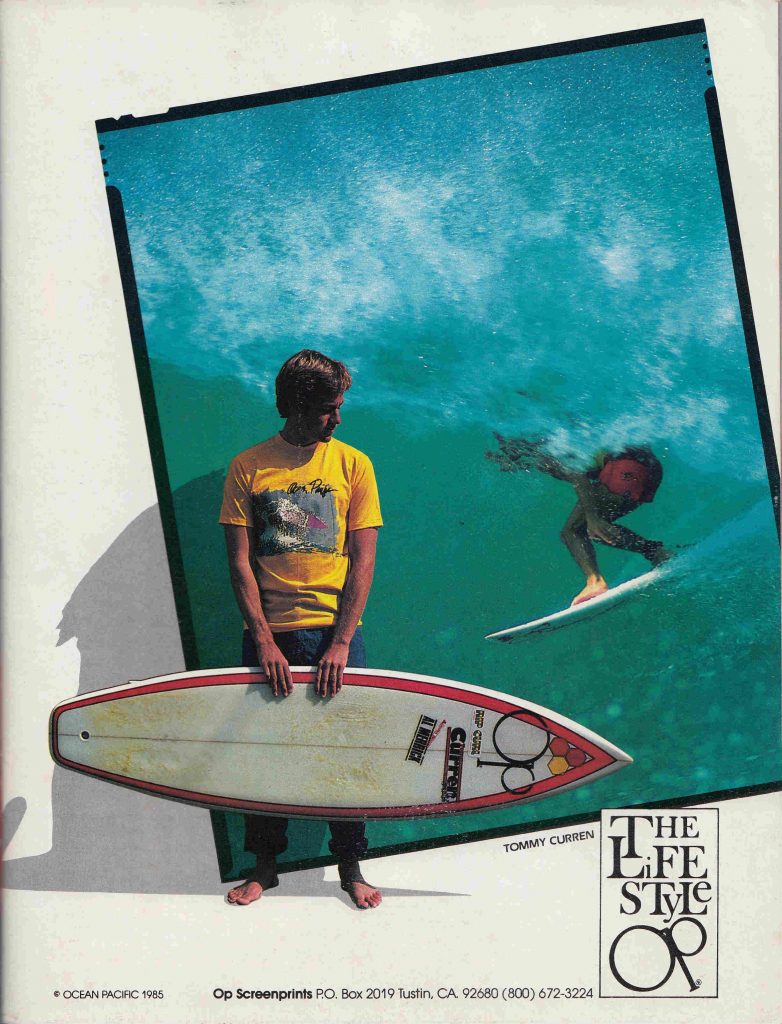 Greetings, Shredderz! Today’s vintage surf ad — part of the Sagas of Shred series — features the Eighties surf scene’s version of peanut butter and jelly: Tom Curren and Channel Islands Surfboards. Never mind that the ad is technically an OP ad. I still look back fondly on Ocean Pacific’s run as one of the surfwear heavyweights, but I think we can all agree that the real magic is the union between Tom Curren and CI mastermind Al Merrick.

Now, the real question is this: is the board Curren is holding none other than the legendary Red Beauty? Red Beauty was the name of the Al Merrick-shaped thruster Curren surfed to victory in the 1984 OP Pro. The Red Beauty model is still available via Channel Islands’ website today.

I also found the below picture online. You can clearly see the board Curren surfing below is very different from the one he was in the ad (the below picture doesn’t have the Tom Curren logo, for example), yet it has the same red rails. Either way, I think the red rails were a very common design for many of Curren’s boards over the years. Curren about to launch into another beautiful bottom turn.

The other thing I love about the ad is the fact Curren is referred to as Tommy Curren. It seems like the Tommy name was favored by a number of Santa Barbara locals who grew up with Curren, and you’ll still see it pop up from time to time.

As always, thank you for taking the time to read this post, and we’ll have another vintage surf ad for you next Thursday night as the Sagas of Shred train continues to chug along!