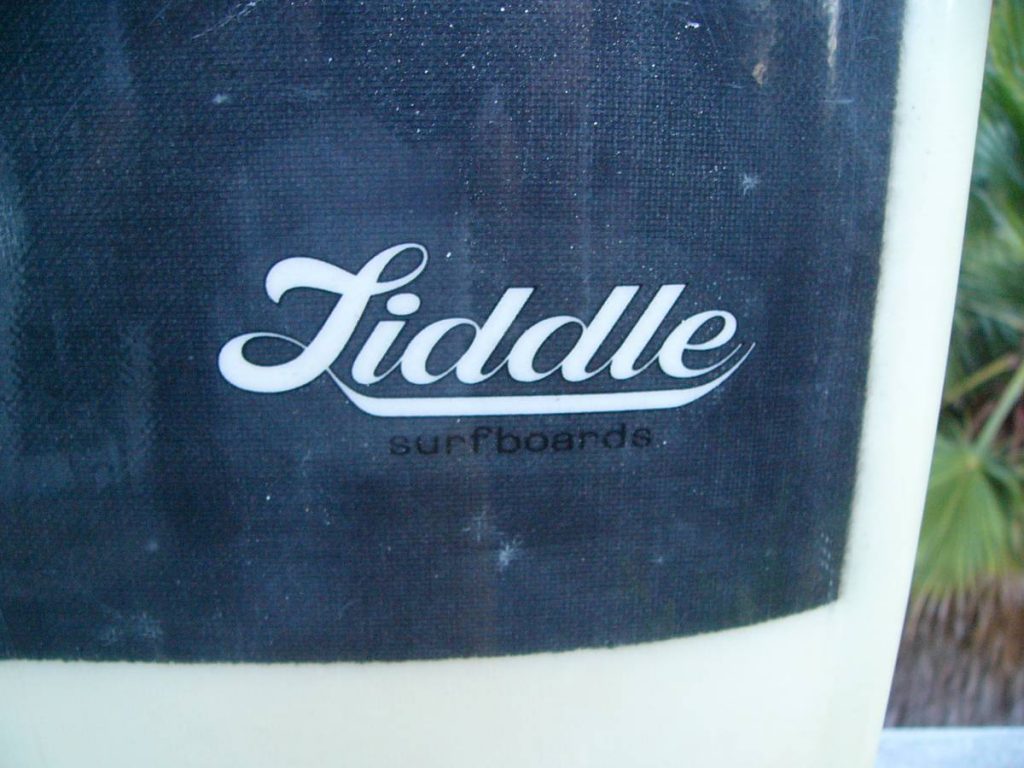 Greetings, Shredderz! Today we have a bit of an oddity from one of the blog’s favorite shapers. No, your eyes do not deceive you: that is indeed a Greg Liddle longboard you see.

The board pictured here was posted for sale on Craigslist in Santa Cruz for an unbelievable $180. I sent over perhaps the single most desperate email that has ever been sent in Craigslist history, and I’m still waiting to hear back. I don’t know who ended up with this thing, but even if they paid double the asking price I think that’s a nice score.

You can click the photos above to enlarge. Usually I like to crop the photos I get off Craigslist and try and make them a little more presentable, but I really dig the jungle-like background in these shots. If you’ve read this far in the post, trust me, you’re going to want to geek out on the details of this Greg Liddle longboard.

The seller thinks this thing was shaped in the late Sixties, but I don’t think that’s the case. The seller’s analysis is based off the fin box, but I can’t see it up close in the photos. Even if I could see the fin box I’m not sure I would be able to draw any conclusions about the board’s age. Either way, it just looks newer to me than something made in the late Sixties, but that’s a hunch more than anything else.

The vast majority of Liddle Surfboards I see are mid-length hulls. The Greg Liddle longboard in this post is obviously an exception. I have seen numerous Liddle L Spoon models, which I believe were based off Renny Yater’s famous Spoon design. I’m not quite sure if the board featured above qualifies as an L Spoon, however. Based on the Instagram photo below, it looks like Liddle also shaped some non L Spoon longboards, too.

What’s really interesting about the Greg Liddle longboard in this ad is its appearance. Liddle’s boards tend to be pretty simple and straightforward. However, the one featured here has a ton going on, whether it’s the unusual logo placement, what I believe is a grey resin tint throughout, and then the navy blue patch on the deck, too. Finally, this board has a rare “GL” logo that I have never seen on another Liddle before. This logo is part of the reason why I think the board was made well after the late Sixties — it looks vaguely Eighties to me — but it’s super unusual.

If you own this Greg Liddle longboard or you have more scuttlebutt about its origins, I’d love to know!