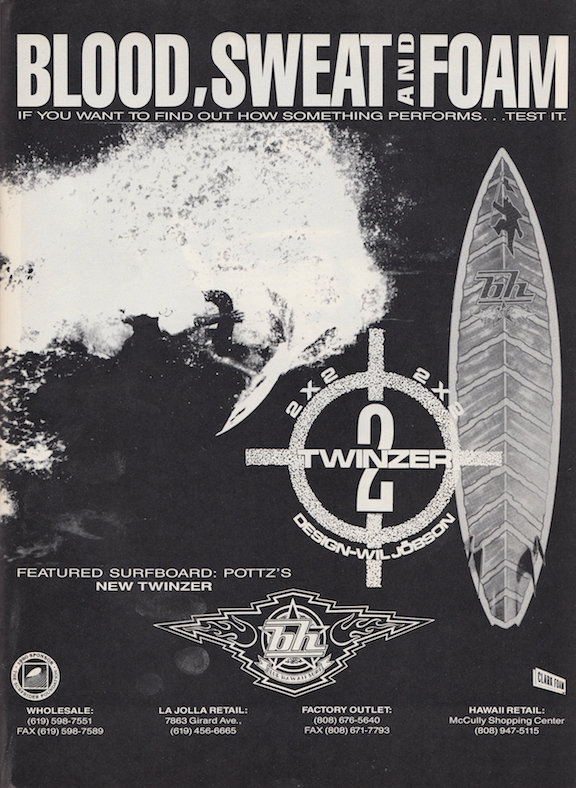 Greetings, Shredderz! Today’s Sagas of Shred entry — in which I scan an old surf magazine ad and write a bit about it — builds upon yesterday’s Blue Hawaii Pottz Pro Model post. As you can see in the photo above, it’s an advertisement for Pottz’s line of signature models shaped under the Blue Hawaii brand, but with a couple of very interesting twists. First, I wrote a separate Sagas of Shred post a few months back that featured the Blue Hawaii Pottz Pro Model, which you can find here.

The ad above — which originally ran in May 1991 issue of Surfing Magazine (Vol 27, No 5) — features a quad fin variant of the Pottz board. Gone is the flame spray along the rails, replaced by a twinzer fin setup, what I guess you would call a bat tail, and then some interesting concave out of the back. Glenn Minami shaped many boards for Martin Potter, starting at Town & Country during its early days, and then going on to found Blue Hawaii. The ad above, however, clearly features Wil Jobson, the shaper credited with inventing the twinzer fin setup. Close up of a Blue Hawaii Pottz twinzer. This board was shaped by Stuart D’Arcy. Pic via Swellnet. 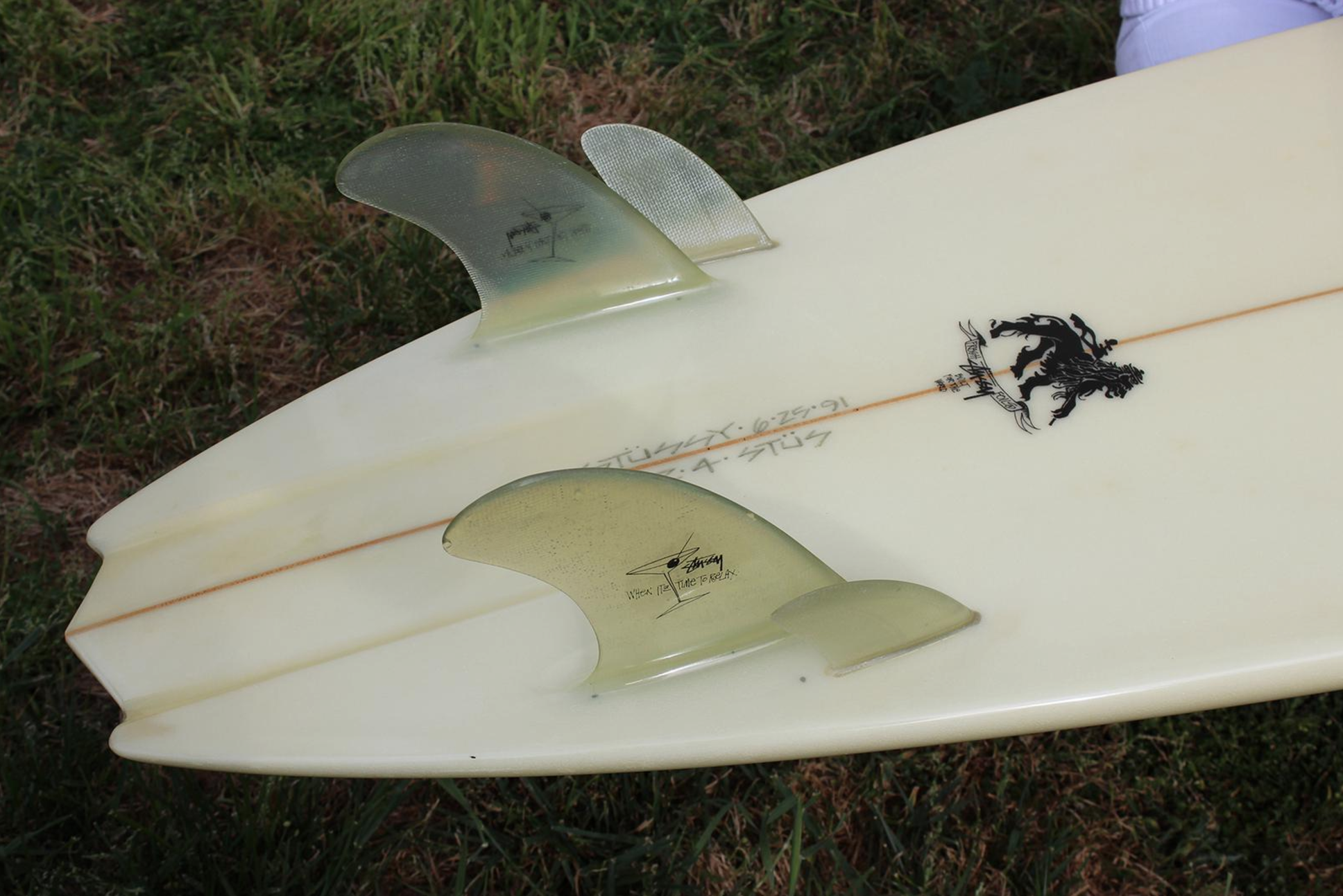 Business end of a Shawn Stussy shaped personal rider. This board looks very similar to the board featured in the Blue Hawaii ad, down to the channels and the bat tail. And you know I love the logos on the glass-on fins!

And because here at Shred Sledz we celebrate Shawn Stussy’s entire catalog, of course we had to mention the board featured above. That board you see in the photo is a Shawn Stussy shaped personal rider that was apparently inspired by Jobson himself. The Stussy twinzer was sold at last year’s California Gold Surfboard Auction. Now, I know that Stussy shaped boards for Michael Tomson, who was CEO of Gotcha. Gotcha, in turn, was Pottz’s longtime clothing sponsor. Is it possible that somewhere in this mix Stussy got the idea to shape the twinzer pictured above? I can’t say for sure, but it certainly would be cool if that turned out to be the case.

Thanks for checking out Sagas of Shred and tune in next Thursday evening, California time, for more vintage surf ads.