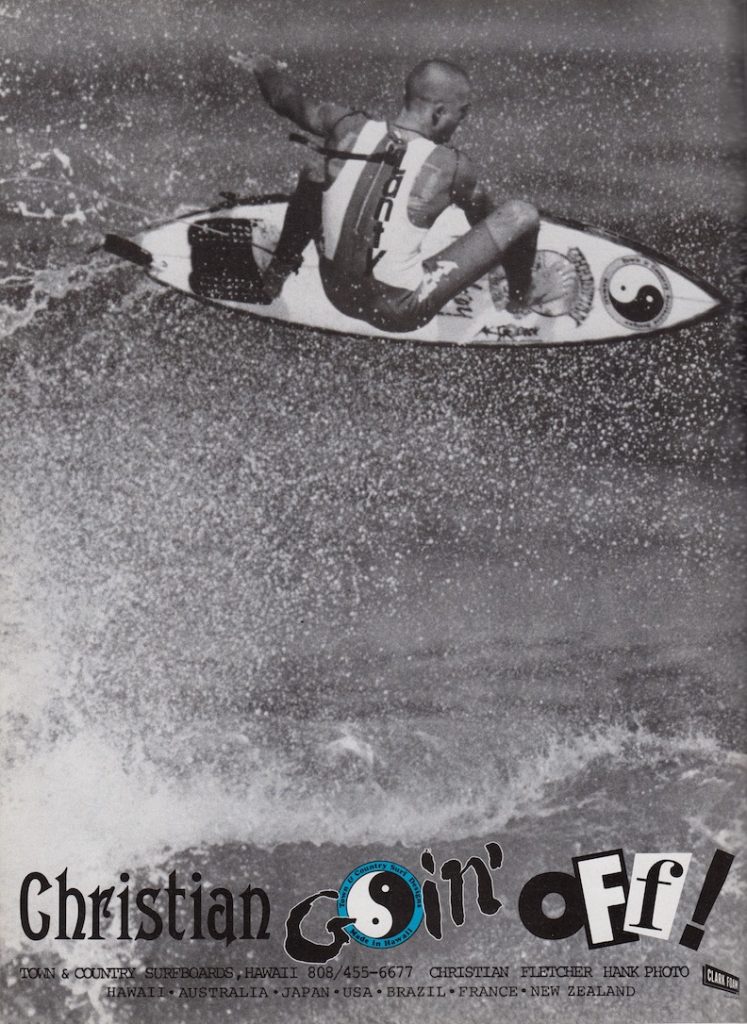 Shredderz, it’s late, and I’ve got stuff to do. But nothing — nothing — stops the Sagas of Shred train from leaving the station every Thursday night, delivering more vintage surf ads to all you internet surfers. The topic’s of today’s entry is none other than esteemed aerialist and counter culture icon Christian Fletcher. Here’s a pic of one of Fletcher’s famous frontside boosts, powered by a T&C Surf Designs stick bearing his awesome skull logo. I still don’t quite understand the relationship between Christian Fletcher Surfboards and T&C. As you can see in the ad, Christian Fletcher definitely rode for Town & Country Surfboards, and for at least part of that time, his boards had both the T&C yin yang laminates as well as the Christian Fletcher logo. I’m guessing he later split off to found his own Christian Fletcher Surfboards label — here’s a Steve Boysen-shaped Christian Fletcher Surfboards stick that isn’t from T&C — but I haven’t read any definitive accounts of what happened. Either way, Fletcher blazed a trail through surfing in the late Eighties and early Nineties with his radical moves and contempt for the pro contest scene.

Thanks for reading and check in next Thursday night for more Sagas of Shred!