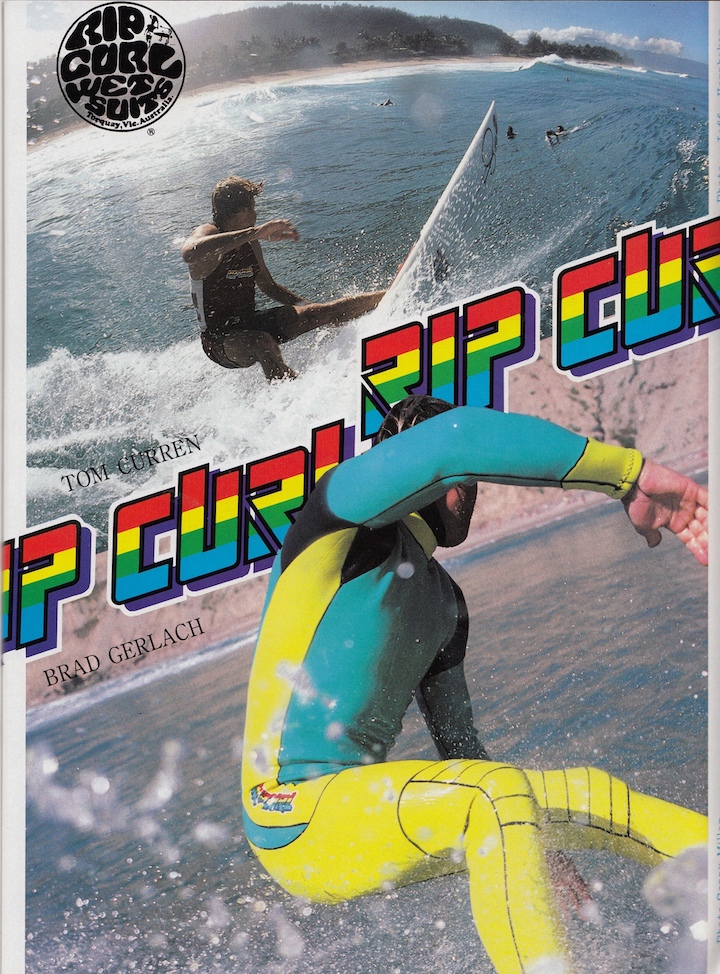 Greetings, Shredderz! It’s Thursday evening, and I come bearing gifts. For those of you who have never read the blog before, welcome to Sagas of Shred. It’s a weekly series, published Thursday evenings (California time), where I scan a different vintage surf ad for every entry. Tonight we have some pretty familiar territory: a Rip Curl wetsuits ad from the Eighties featuring Tom Curren and Brad Gerlach. (Here’s an earlier Sagas of Shred entry that has a Rip Curl ad with Tom as a goofy foot; and here’s a shot of Gerr modeling a very similar wetsuit to the one in this post.)

I love that the ad features two style masters doing similar turns, but enough variation to allow for some contrast of their respective styles. Gerr’s wetsuit, of course, is either an eyesore or the coolest thing you’ve seen, depending on your perspective. I think it goes without saying that I’m in the latter camp. This Rip Curl ad originally ran in the March 1987 issue of Surfer Magazine (Vol 28, No 3). The photo of Tom Curren was taken by Jeff Hornbaker, and the photo of Gerlach was taken by Sonny Miller (RIP).

As always, thanks for checking out the blog and visit again next Thursday for another peek into some surf ads from an earlier time.