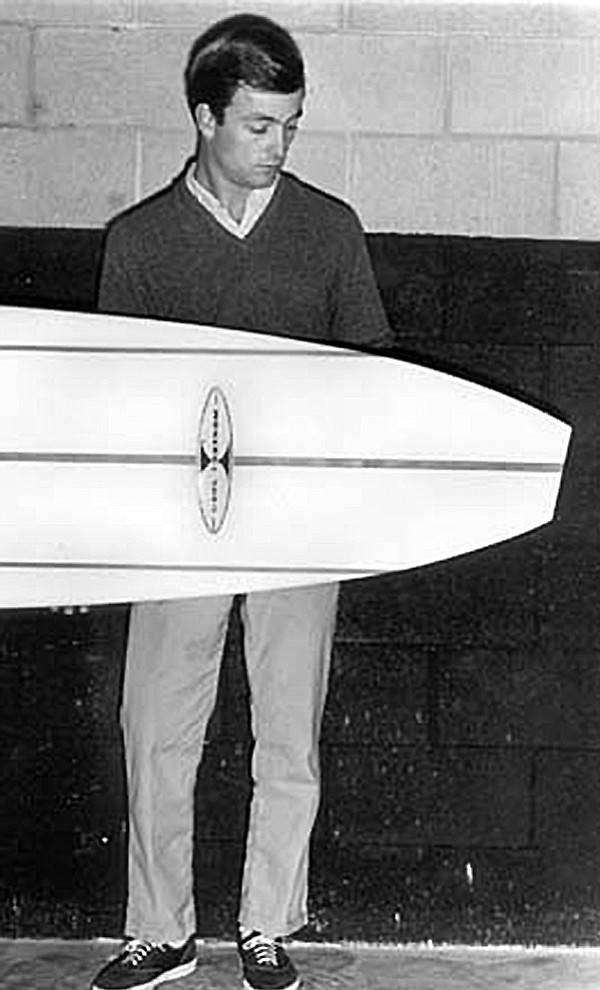 Aloha, Shredderz! This entry is being written from beautiful Hawaii. More on that later! In the meantime, enjoy a selection of some recent social media posts from the wonderful world of vintage surfboards.

Don’t really need an excuse to show another cool shot of a really cool guy, but no better reason than wishing a Happy Birthday! ??? • #almerrick #cisurfboards @terrymerrick @hmerrick

I’ve posted many of Jimmy Metyko’s photos, and as long as he keeps publishing great ones, I don’t see any reason to stop! Metyko’s photographs documented the Santa Barbara surf scene during Tom Curren’s rise, and the results are amazing. Here’s a shot of Al Merrick posing alongside two of his creations. This must have been sometime during the early to mid Eighties, given the thruster and the twin fin, and I like how the photo gives a clear idea of the rocker on both shapes.

Here’s a great photo of Herbie Fletcher taken by the late, great Larry “Flame” Moore. I love that Fletcher is putting one of his surfboards on a rail. There’s also some great trivia, which I had never realized before: Fletcher means arrow maker, hence the arrow logo on Herbie’s shapes!

Here’s a killer shot of Carl Ekstrom taken by Jon Foster. I was actually shocked when I read the caption — I just assumed this photo was far more recent than forty three years ago! Ekstrom is widely credited with inventing the asymmetrical surfboard back in the Sixties. Most recently Ekstrom has been collaborating with Ryan Burch. I’d love to know the back story behind the board featured in Foster’s photo! The photo at the top of the page features Carl Ekstrom posing next to one of his asymmetrical designs in the Sixties, and was originally found on the San Diego Reader website.

?Frye Day came early? . Skip dropped in today to pick up one of the last boards he made at the @gordonandsmith Gaines St. factory. . Thank you for all of your support over the years Skip ??? . Dims: 5’10” x 21-3/8” x 2-1/2” He said this is one of the original fishes with the 9” x 5” base keel fins. . #skipfrye #fryeday #fish #g&s . #californiasurfmuseum #volunteer #donate #dropin #today #fun #legend #history #surfsup #surf #love #pacific #oceanside #visitoceanside #give

Last but not least, here’s Skip Frye posing alongside one of his signature fishes. How about that killer airbrush!