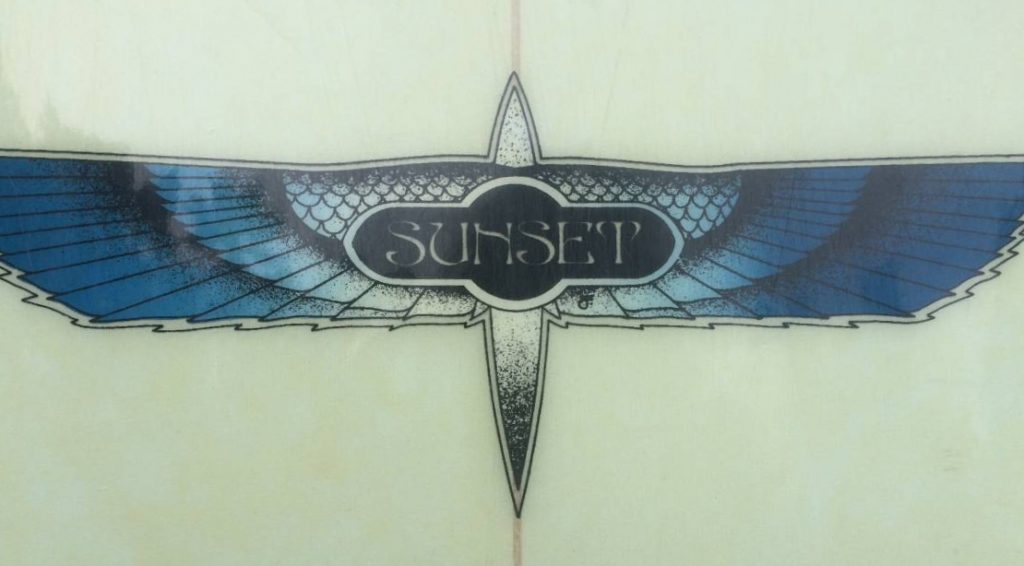 Greetings, Shredderz! Hope you all had truly wonderful weekends. There was some late season swell up here in Northern California, which was an unexpected and pleasant surprise. Yours truly was also active on the pickups front, but that’s a post for another time. As always, the Weekend Grab Bag features a collection of boards that, as of the time the post goes live, are listed for sale online. Today we’ve got a Sunset Surfboards single fin, a cool Eaton Bonzer, and more.

Click on the photos above to enlarge. This stick must have migrated up the California coast, given that Sunset Surfboards was based in San Diego, and it’s currently now in the Ventura area. Sunset Surfboards still gets a lot of love from some notable San Diego locals, including folks like Joel Tudor and Surfy Surfy. Not sure who shaped the board, although Sunset Surfboards was once home to Bill Shrosbree, whom I think is retired. This single fin looks like it’s in pretty good condition, and as a bonus, it comes with a really great original fin. The seller is asking $300, which I think is a really nice price when you factor in the fin.

Click the photos above to enlarge. I’ve professed my love for the Eaton Bonzer surfboard many, many times before, and the example you see above is a neat one. It’s worth noting the board was not shaped by Mike Eaton but by Albert “ACE” Elliott. ACE shaped a good number of these Eaton Bonzers, and it looks like he’s still going strong today. I also dig the original fin.

Shout out to Milo for sending this one my way! First, I’m not so sure this board is actually still for sale, given that the Craigslist post is all the way from February. The seller claims the Donald Takayama twin fin you see above was shaped in the Eighties. Not much other info is listed. Personally, I don’t come across many Takayama boards from this era. Most of what I see on Craiglist and eBay here in California are boards that look to be from the 2000s or so. The Takayama twin fin isn’t cheap — the seller is asking $750 — but the board looks to be in great shape, and I love the old school “banner” logo, the resin pinlines, and of course, the timeless outline and fin setup.