Offshore: Not All That Glitters… 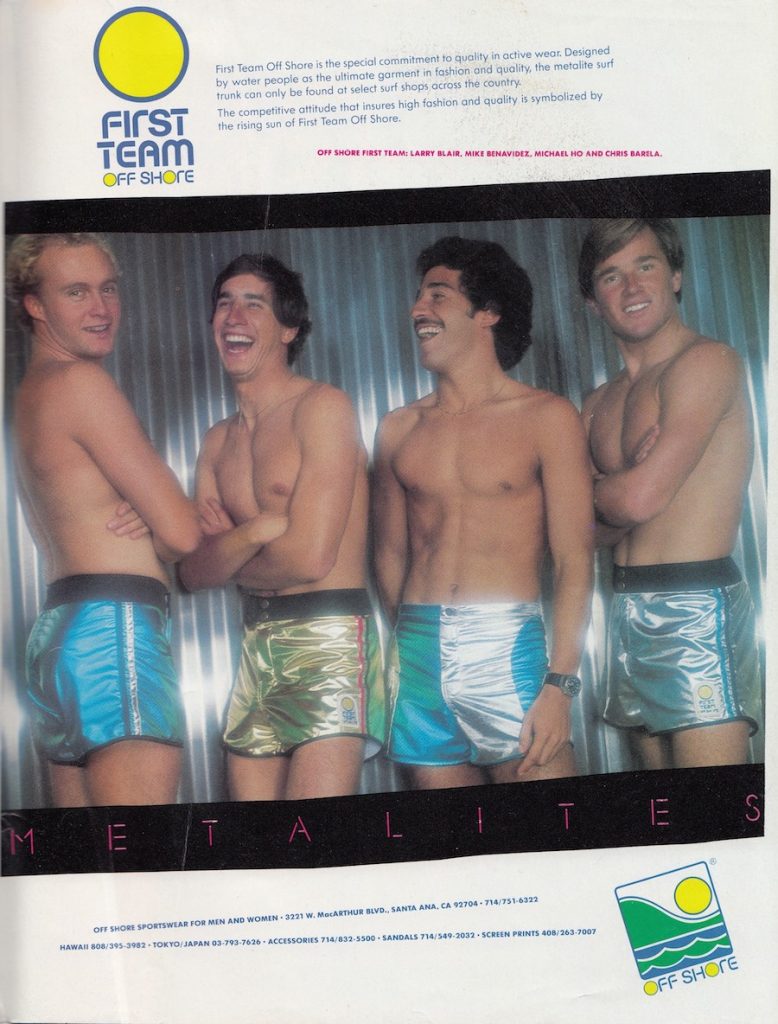 Greetings, Shredderz! Today we’ve got a doozy for you, courtesy of Offshore, a defunct surfwear brand. Once upon a time Offshore was a surf industry staple, but at some point it must have folded. Second from right in the Offshore ad above is none other than Michael Ho, Pipeline royalty and father of Mason and Coco. Michael Ho still charges Pipeline in his fifties, surfing at a level that would be impressive for someone literally half his age. (And here’s Derek Ho, younger brother of Michael and uncle to Mason and Coco, navigating a proper cavern just this past winter.) The Offshore ad originally ran in the June 1982 issue of Surfer Magazine  (Vol 23, No 6).

That said…there appear to be some nervous smiles in this photo. I’m no fashion expert, but c’mon, these shorts are hilarious. The poses don’t appear to be doing anybody any favors, either.

I may have said too much already. I recently visited the North Shore for the first time ever, and I’d like to go back, so I’m not going to risk offending any locals who may have starred in some ill-advised surfwear ads back in the day.

Thanks for checking out Sagas of Shred, and we’ll be back next Thursday evening with some fresh scans of some vintage surf ads.