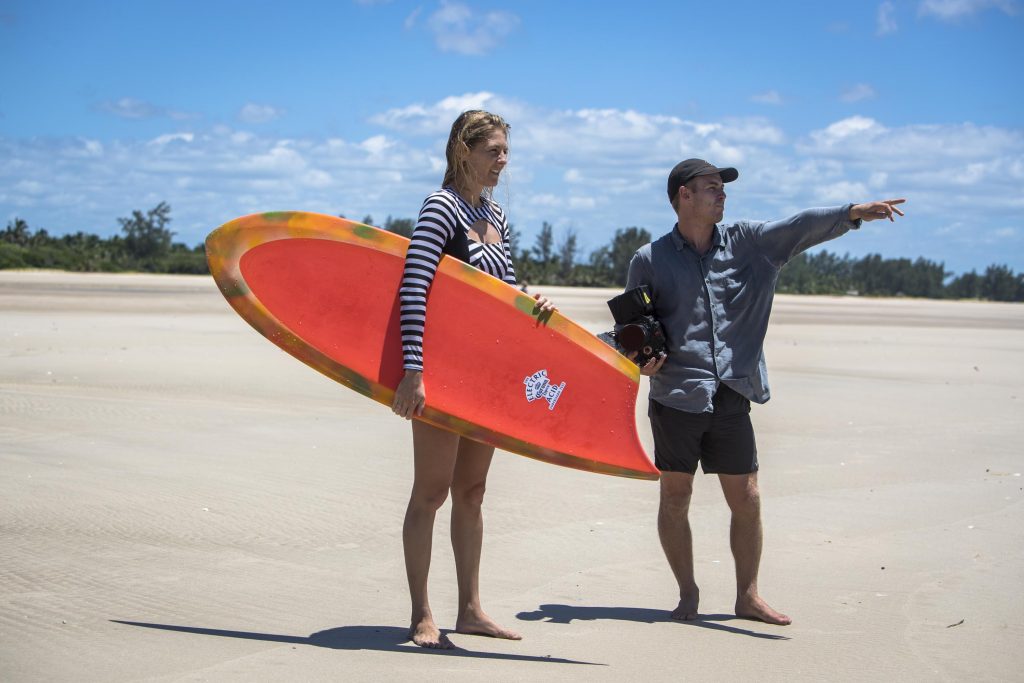 It’s not often that I’ll tell people to stop reading Shred Sledz, but today we’ve got a great reason. I’d like to point you all in the direction of Stab Magazine, which has just dropped the second installment of its Electric Acid Surfboard Test series. The first entry in the series, which I covered here, featured Dane Reynolds on a variety of “alternative” surfboards from a selection of well regarded shapers.

EAST, as the series is known, selects a talented surfer, whisks them to a wave rich location with a quiver of brand new surfboards, and then films the results. As much as I enjoyed the last entry — and it must be said that Dane Reynolds’ surfing is beyond reproach — I happen to think Steph Gilmore is a perfect fit for EAST. Gilmore brings to the table an approach that is equal parts feline grace and world champion shred. The end result is a bunch joyful, assured surfing on some cool experimental shapes. The “Radical Elegance” tagline from the title of this is a quote taken from Steph in the film, which I think is an apt description of her style.

Personally, I was delighted with the shapers Stab selected for the video. You can find a full list on Stab’s site, but I particularly geeked out on the inclusion of Simon Anderson, Matt “Mayhem” Biolos, a Shawn Stussy twin fin pictured below, a dramatic Alex Knost bonzer, and many more.

Throughout the video, Gilmore looks as if she’s having the absolute time of her life. The enthusiasm is nothing short of contagious. Shout out to Stab for delivering a rad piece of content, and make sure you check out their site for more behind the scenes pics from the shoot.

Photo at the top of the page by Alan Van Gysen; via Stab Magazine. Pictured in the photo is a Ryan Lovelace / Dan Malloy RabbitsFoot finless board.