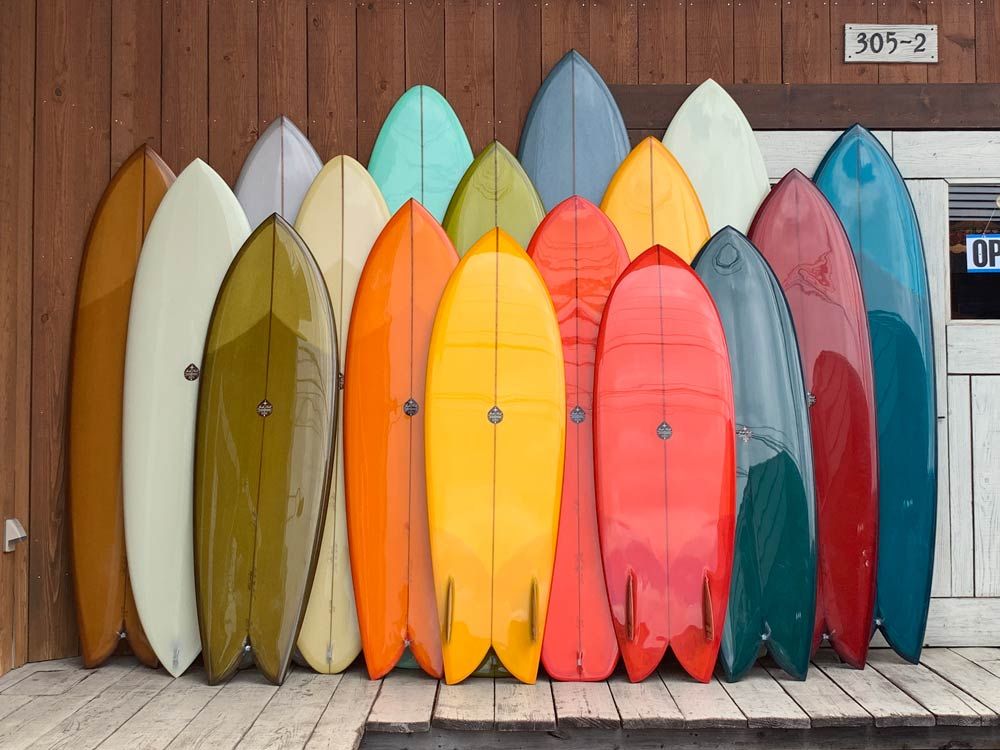 Alright Shredderz, let me let you in on a little secret. It relates to one of my all time favorite surf-related accounts on YouTube. This is not a young pro who alternates between demolishing Lowers and then charging death defying Indian Ocean pits. It’s a lot more modest than that. There is something incredibly relatable — and cool! — about Holy Smoke’s YouTube page, and I find myself returning to his videos on a regular basis. I don’t know the gentleman’s name, but he is the owner of a Japanese surf shop named Holy Smoke.

The formula for Holy Smoke’s YouTube videos is as follows: it’s GoPro footage taken somewhere in Southern California; the waves are consistently good, but not amazing; the surfing is solid, but again, not mind blowing; and as a regular foot, he almost always goes right. There’s never any music. The only sound comes from the wind, the waves breaking, and the board moving across water, and the occasional squeak from the GoPro being adjusted. The end resulting is something oddly smoothing and stoke inducing, and I can’t get enough.

I think the reason I dig Holy Smoke’s videos is because they feel more relatable than the standard surf fantasy being peddled by the usual outlets. Now, don’t get me wrong: I love Surfer, Stab, Surfer’s Journal, etc. John John’s “View from a Blue Moon” remains the single best surfing film I have ever seen. That said, I will never surf macking Pipeline, nor do I particularly want to. In some ways, that’s the point, and I enjoy that aspect as much as the next person.

But Holy Smoke’s videos have an attainable quality I find very appealing. It also doesn’t hurt that Holy Smoke wields a quiver of awesome boards, including shapes by folks like Skip Frye, Marc Andreini, Greg Liddle and Josh Hall, to name a few. (Holy Smoke looks to be Hall’s Japanese distributor). See below for a selection of some of my favorite Holy Smoke clips. My only complaint is that he doesn’t film more of them!

There really isn’t a ton of footage online of people actually surfing Skip Frye boards, although Instagram has some highlights here and there. I love that Holy Smoke takes these Skips through their paces.

Josh Hall is perhaps one of Skip’s best known proteges, and he shapes some pretty epic looking boards.

Thanks for reading and make sure you check out Holy Smoke’s blog, and give him a follow on Instagram, too!

Photo at the top of the page via Holy Smoke’s blog, featuring a lineup of Josh Hall surfboards.