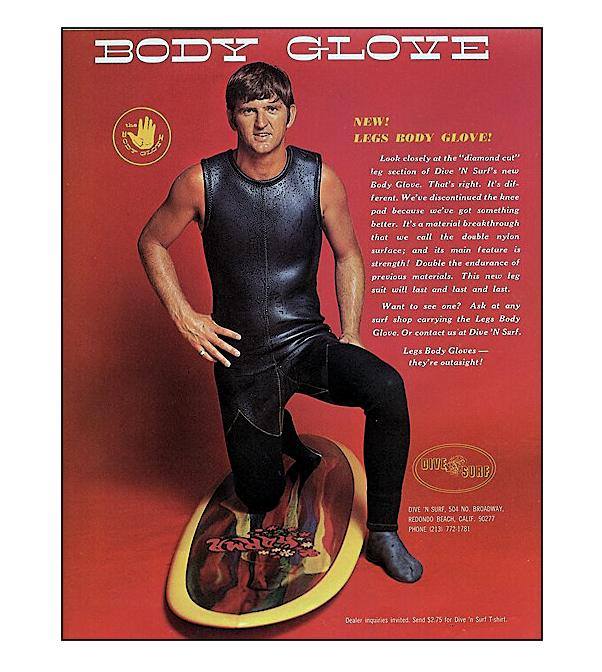 Greetings, Shredderz! Unfortunately I’m on a bit of a tight schedule today so I won’t be able to scan any new ads. That said, I’m happy to point you in the direction of an absolutely fantastic Body Glove ad, featuring none other than Bing Copeland. The ad you see above was posted to the Classic Bing Surfboards group on Facebook, which is definitely worth checking out. There’s a nice community of collectors there who show off some really sweet vintage Bing Surfboards. The ad itself was originally posted by Haggerty’s Surf Club on Facebook. Check out the rad Bing Karma board underneath Bing’s knee, too. If I had to guess I would say this ad was published sometime in the late Sixties or early Seventies, but I’m not sure.

Thanks for reading today’s abbreviated entry and we’ll be back with more vintage surf ad scans next Thursday evening.