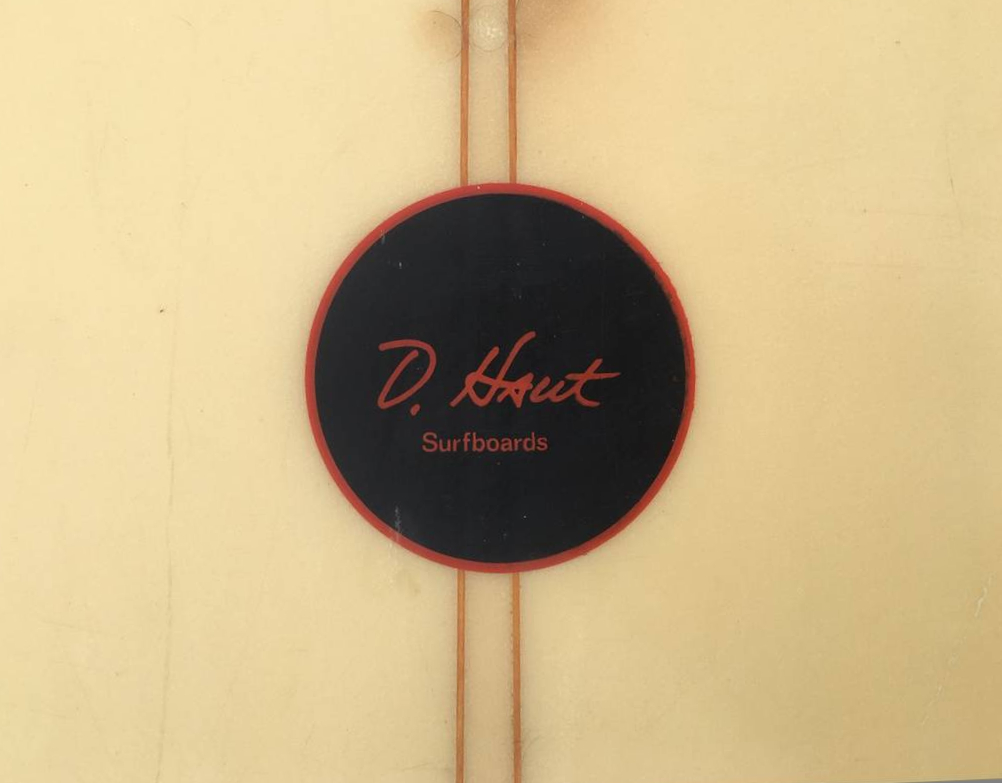 Greetings, Shredderz! Today we’ve got a quick hit for you. I’ve been on a bit of a Santa Cruz kick lately, including a ridiculous Steve Coletta / Natural Shapes Surfboards single fin I wrote up a few days back. Today’s blog post features a board from none other than Doug Haut, who has been a pillar of Santa Cruz’s board building scene for decades. The board is a 1979 Haut Surfboards single fin and it was briefly listed on Craigslist for $225 before the listing was pulled. I can only guess that another enterprising collector snagged the thing. All the photos in this post are via the Craigslist post, which is no longer live.

This Doug Haut Surfboards single fin measures in 7’0″ and 20.5″. The thickness is unclear, but I feel safe in saying that it’s probably got more than enough float for whatever you’re looking to do with it. As you can see in the photos, it’s got a beautiful outline, courtesy of probably the best known shaper in Northern California.

The board features a neat wedge stringer design and the original fin. As you can see in the photos, it’s not in flawless condition. There’s a decent amount of discoloration, a bunch of spots, and the tail has obviously seen better days. Still, though, there’s something about this board that I absolutely love.

If you ended up snagging this Haut Surfboards stick, I’d love to hear from you! Otherwise, I hope you enjoyed this gorgeous Seventies single fin from master shaper Doug Haut.