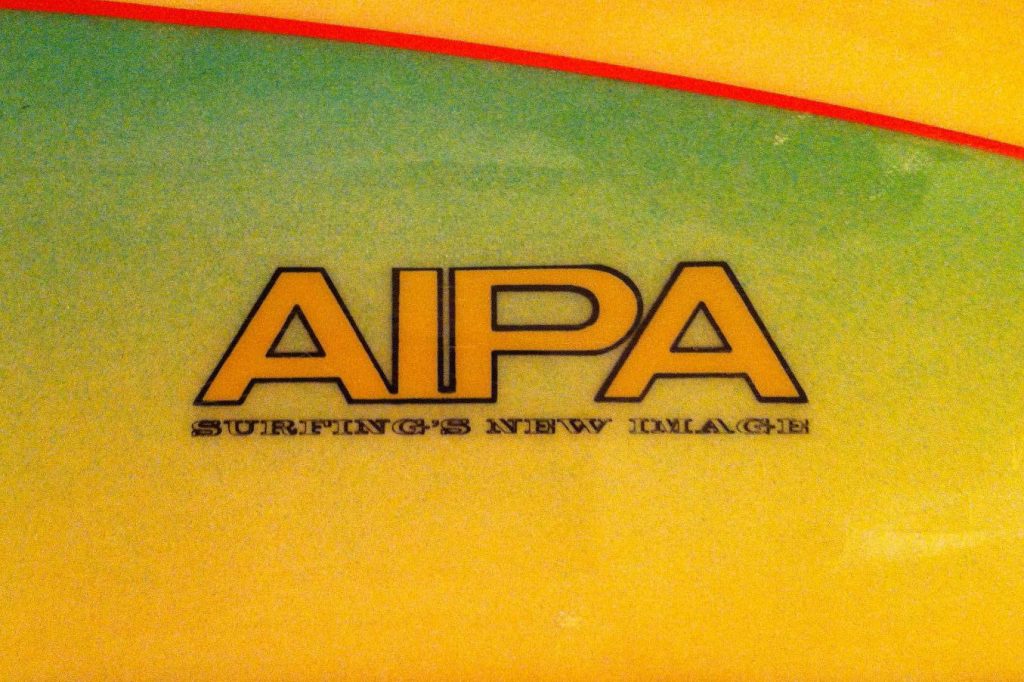 Greetings, Shredderz! Look, I’m practically contractually obligated to write a blog post any time I see a rad little Aipa / Surfing’s New Image sting that’s listed for sale. There just so happens to be one such example listed on Craigslist. I’ve reproduced some of the photos from the listing below.

First, you’ll probably notice the beautiful gradient airbrush that decorates so many of these Aipa / SNI boards. I’m not sure who worked in the SNI factory during this time, but I’ve noticed that these boards almost always have killer airbrushes on them (check out this beaut, for example).

According to the seller, the Aipa / SNI sting measures in at 6’6″. Apparently this was not one of the stock lengths that the brand offered when the boards were made, and this had to be custom shaped. The seller claims the board is in all original condition, and while it’s not museum quality or anything, it’s obviously still in great shape.

Shout out to the seller, by the way, for taking great pics of a beautiful board. I also really dig the foliage in the background. It sounds petty, but one of my Craigslist pet peeves are people who insist on taking photos of beautiful boards set against some hoarder-like backdrops. Anyway, I digress!

One final little tidbit about this stick: I believe that it was actually shaped by Mike Slingerland, as evidenced by the “S” that appears on the stringer after the serial number. The vast majority of the Aipa / Surfing’s New Image stings I have seen were shaped by Rick Hamon, who went on to become a longtime in-house shaper at Rusty Surfboards. You see less of the Slingerland boards, and then every once in a while you’ll stumble across the Donald Takayama-shaped stings. I have only ever seen pictures of a handful of the Aipa / SNI stings shaped by Takayama.

The seller hasn’t mentioned a price — looks like he’s fielding offers for this stick. The board is located in South Florida. Check out the listing here and if you end up snagging this thing, please do give me an update.