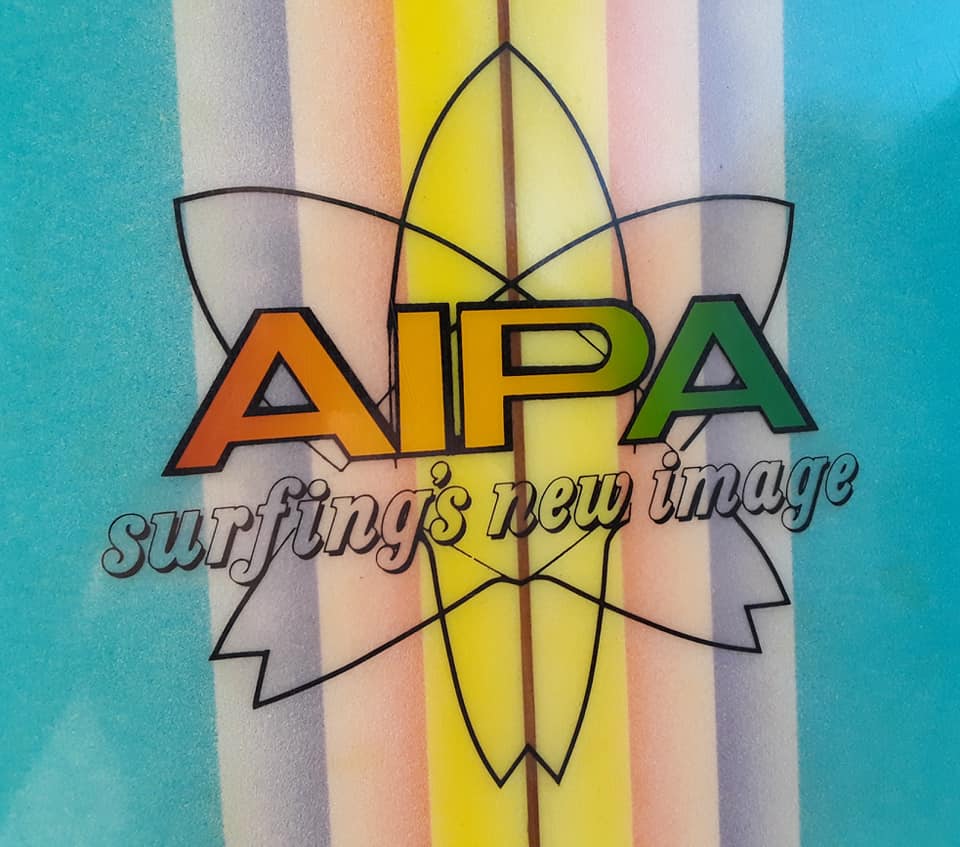 It’s been less than a week since I wrote up an Aipa / Surfing’s New Image sting, but when it rains, it pours. Pictured here is another Aipa / SNI sting shaped by Mike Slingerland. The board belongs to Steve Wray, who has been kind enough to share photos of many boards in his quiver, including a killer Eighties Wave Tools / Echo Beach twin fin, a pair of Bill Shrosbree-shaped Sunset single fins, and a Mike Eaton UEO model Bonzer. Well, Steve is back with even more heat, and personally, this might be my favorite board of Steve’s that he has been kind enough to share. Click the photos below to enlarge.

The Aipa / SNI sting above measures in at 7’4″. Steve found this board at a garage sale, where it had been stashed away in the rafters. Even though it’s more than four decades old, the board remains in remarkably good condition. The airbrush on the deck is insane!

Now, this wouldn’t be a Shred Sledz production without overthinking some of the small details on the board. I couldn’t help but notice that the Surfing’s New Image logo has a slightly different font than other boards I have seen. The first image below is the logo from Steve’s board. Compare this to the second image, which is taken from a different Aipa / SNI sting I wrote up earlier. I don’t know enough about typefaces to describe the differences, but hopefully it’s pretty clear from comparing the two laminates.

Finally, Steve’s Aipa / SNI sting appears to be shaped by Mike Slingerland. This is denoted by the “S” that appears after the serial number along the stringer. See below for a close up.

I don’t know enough about Slingerland’s serial numbers to make any guesses as to when the board might have been shaped. The Aipa / SNI stings were produced in San Diego during the Seventies. I’ve read that the boards were shaped in the mid-Seventies, but I haven’t been able to verify that with anyone with first hand knowledge. For what it’s worth, the Aipa / SNI sting I wrote up last week has serial number 3828.

Mahalo Steve for sharing photos of this board, and I hope all of you got as much of a kick out of seeing this gem as I did!