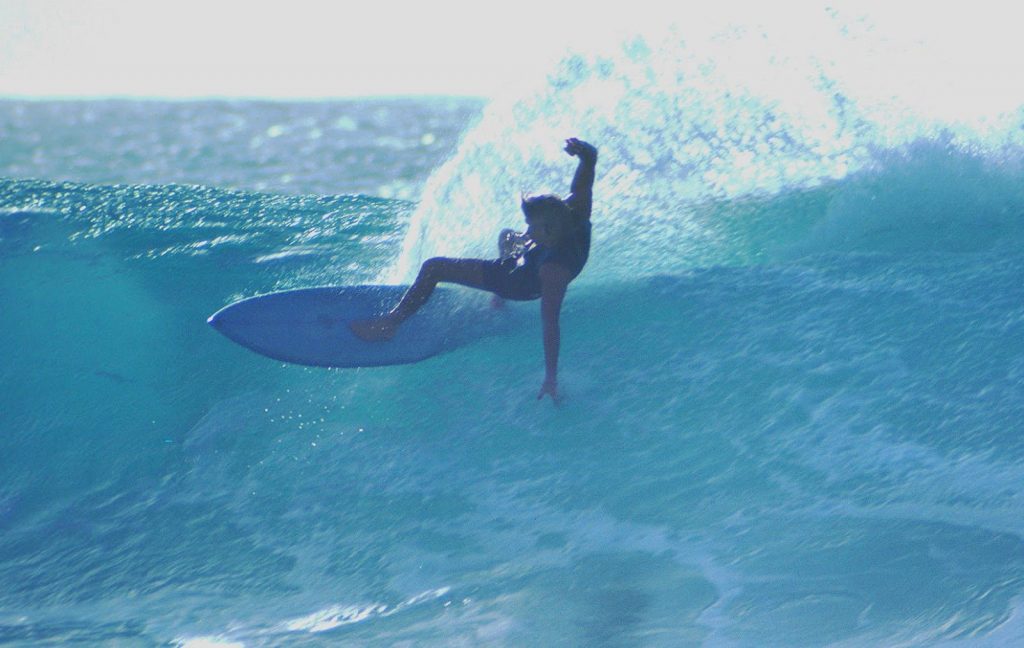 Greetings, Shredderz! If you’ve been reading the blog or following on Instagram you may know that I have a thing for unusual surfboard labels and rare laminates. Today we’ve got an example of a very cool Sam Hawk single fin with a logo I have never seen before. Shout out to Pete, who owns the board you see here. Pete was kind enough to send over the pics found below.

You can click the photos above to enlarge. As you can see, the Sam Hawk surfboard is a lovely single fin with a swallow tail and some wings towards the back. It measures in at 6’5″.

I have also seen a fair number of Dick Brewer / Sam Hawk surfboards with slightly different laminates. See an example below, which was a photo I snapped at a Vintage Surfboard Collectors Club event.

I believe the Sam Hawk single fin featured in this post is a vintage board, but I’m not 100% sure. The owner tells me that the board has been restored. I have not seen photos of the Sam Hawk surfboard in its original condition. The stringer seems to indicate the board was shaped in 1975, but I can’t get over how new it looks. This could be attributed to the aforementioned restoration. I’m also unfamiliar with the “RL” laminate that appears on the deck towards the tail, and I wonder if this was added during the restoration. It’s hard for me to say anything conclusive about when the board was shaped. That said, it’s a beautiful surfboard shaped by a well-regarded shaper, and any time I come across a logo I haven’t seen before, that’s enough reason to get excited.

Thanks again to Pete for sharing photos of this beautiful Sam Hawk stick and I hope you all enjoyed this post!