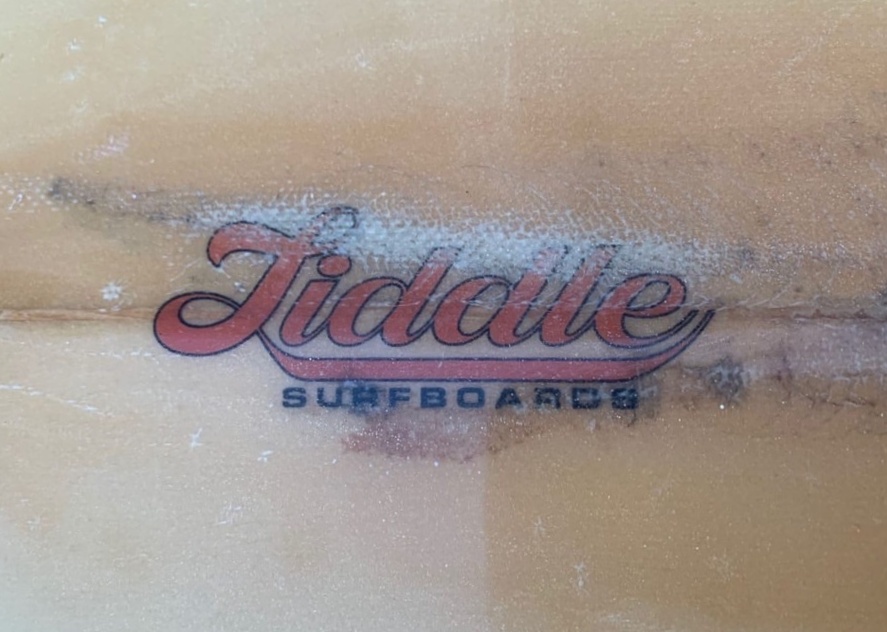 Greetings, Shredderz! We’ve got a quick hit for you today, but given how collectible Greg Liddle’s surfboards are, I feel good about this being something of a crowd pleasure. Pictured here is a vintage 80s Liddle Hull that Jeff was kind enough to share. Eagle-eyed readers may recognize the background in these pictures: a few months ago I wrote a post on two Surfboards Hawaii V Bottom boards, one of which belonged to Jeff as well. I’ve written up many vintage Liddle Surfboards here, and I don’t see that stopping any time soon.

The Liddle hull has obviously seen some wear and tear in its lifetime. Few things pain me more than seeing a surfboard that has been abused or neglected, but I dig a well-used board that has clearly delivered a bunch of fun to its owner(s) over the years. I imagine the Liddle you see here falls into the latter category.

The owner was also kind enough to include a close up shot of the signature on the Liddle. As you can see in the picture above, the board is 8’6.5″ and it bears #3070. The owner was told that #3070 was shaped sometime in the Eighties.

First, I believe that the numbering on Greg’s hand shaped Liddles is sequential. The last vintage Liddle I wrote up was a non-hull single fin with the serial number #3249. According to the Liddle Surfboards website, which has an incredible archive of pics, #3249 was likely shaped in either the late Seventies or the early Eighties. I was also able to find an entry for Liddle #3031, which is a thruster. If the numbering on Greg’s boards is indeed sequential, then I have to think that #3031, #3070 (the hull featured here), and #3249 were all shaped in the early- to mid-Eighties. I can’t say for sure, though, and this analysis is based on digging through the vast archive of pics on the official Liddle site.

Thanks again to Jeff for shooting over pics of this sweet Eighties Liddle hull. And if you’re the owner of a rad vintage Liddle then don’t be shy and drop me a line!