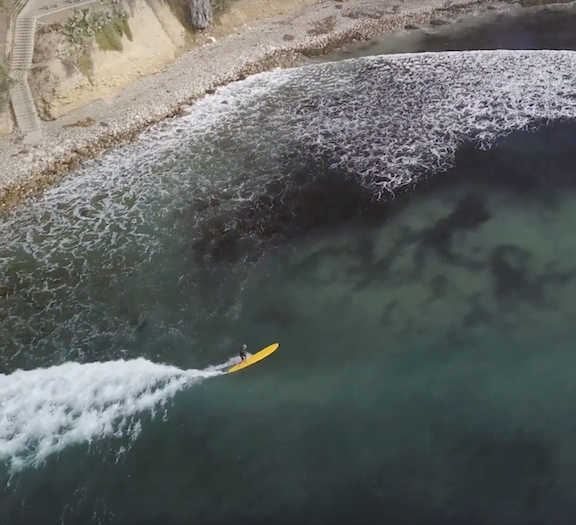 Greetings, Shredderz! Let’s cut the small talk and get to it, shall we? Keep reading for some surf vids I’ve recently discovered and/or enjoyed.

This is a simple, modest little edit but I got such a huge thrill out of it. I think drone cinematography can get a little out of hand at times, but I love the way the aerial footage complements Skip’s timeless lines. There’s something striking about that big yellow board against the backdrop of the ocean on a mellow, uncrowded day.

“A State of Play” by Drew McPherson / Nathan Henshaw

Need Essentials are the folks behind the excellent Torren Martyn edits you’ve probably seen recently. (For what it’s worth, Martyn also got a big feature in the latest issue of The Surfer’s Journal, which is definitely worth a read.) Here, surfer Drew McPherson explores some lesser-known Aussie lineups. I particularly dig the footage with the blue mid-length board.

Speaking of Aussies, does anyone do slang better than our friends south of the equator? The caption for this video, which was released as part of O’Neill’s new “O’Riginals” series, describes Beau Cram as “the son of Eighties power mongrel Richard Cram.” Sadly, my below-average surfing means no one will ever describe me as a power mongrel, but this cool little edit helps ease the pain a bit. I like the J Bay portion, where Cram rides a sweet 6’8″ Christenson Surfboards Long Phish through some classic conditions.

By all accounts this fall has been an epic one for New York surfing. As an Empire State native turned California transplant, I’m always looking for an excuse to shine the spotlight on the East Coast. Joel Tudor and Vans’ Duct Tape Invitational came to Rockaway Beach in between epic swells, and the video above spotlights some of the contestants and their shapes. It’s a cool look at an eclectic and talented crowd with equipment to match.