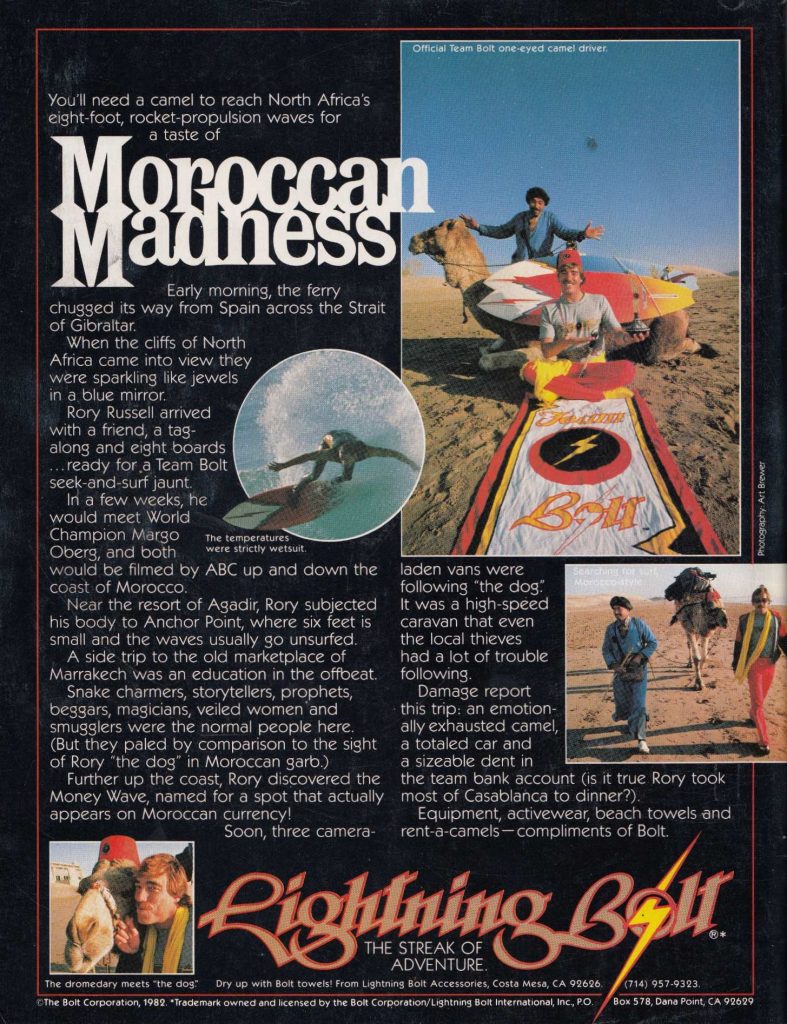 Alright, Shredderz, I don’t exactly get paid by the word here, so I’m going to make it snappy. As part of the Sagas of Shred series I post a different vintage surf ad every Thursday evening. One of the Sagas mainstays are Lightning Bolt ads from the Eighties, which were featured on the back cover of Surfer Magazine. Pictured here is the Lightning Bolt ad on the back cover of the February 1983 issue of Surfer Magazine (Vol 24, No 2). As you can see, the ad covers Rory Russell‘s travels throughout Morocco. It’s interesting to note that as of late 1982, by the time Simon Anderson had invented the thruster, Russell was still sticking to single fins. I love how each and every ad is a short, self-contained story. One of these days I’ll try and put up a monster post featuring all of the Lightning Bolt back cover ads, but in the meantime, this one should be enough to tide you over. And if you know where I can snag one of those amazing Team Bolt beach towels, definitely hit me up!