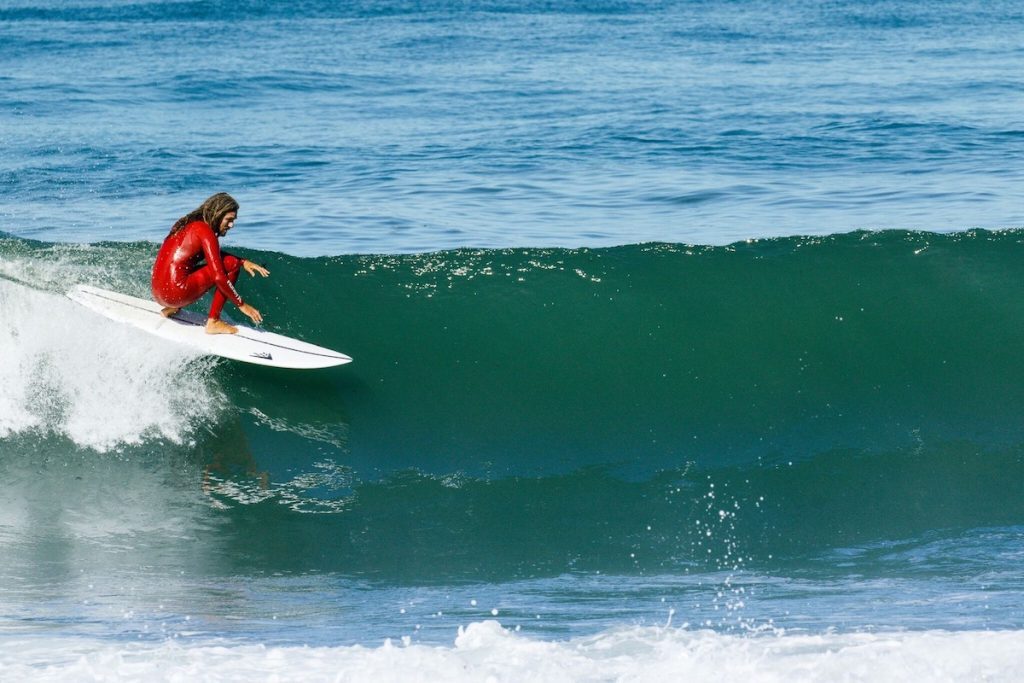 Greetings, Shredderz! Here’s a rundown of some of my favorite surf and surfboard-related videos in recent memory.

There’s a good chance that some of you will see a Firewire Surfboards video and want to throw up in your mouths a little bit. Sorry but I’m not sorry. It’s particularly hard to feel any remorse when Rob Machado has made such a graceful transition to middle age, partially due to his embrace of alternative designs. I love watching him surf this mid-length fish. I continue to be fascinated by Machado’s insistence on dropping edits with below average waves when every other surfer in the world has to go halfway around the world to find something worthy of an Instagram post. Anyway, Machado’s Seaside and Beyond model looks super fun. I love the relaxed takeoffs, coupled with the ability to fly past flat sections, and finally a shocking amount of maneuverability in the turns. Here’s a different clip of Machado explaining the genesis of the new Seaside and Beyond model.

For more talented San Diego surfer / shapers, here’s Ryan Burch weighing in on a couple of different topics. I can’t believe Slater asked Burch to make him a longboard! I don’t think I’ve ever seen footage of Slater surfing anything other than super high performance equipment, so I hope Burch reconsiders his stance of declining to shape the stick.

If you’d rather watch Ryan Burch surf than talk, then hopefully the above clip scratches that itch for you. Personally I’m a fan of both!

The power balance in the surf media seems to be shifting away from the legacy outlets, which mostly have their roots in print, towards YouTube series from individual surfers. There’s a lot of good stuff out there, but even in this crowded field Mason Ho stands out. Like the other surfers mentioned above, Ho is pretty open-minded when it comes to his equipment. In this day and age when Pipe step up boards are barely over six feet, Mason seems to relish going longer than a lot of his contemporaries. Here he surfs a 6’9″ Matt Biolos board whose length and rocker seem like they’d be a better fit in an early Taylor Steele flick. Also, Mason appears to have more fun than anyone when it comes to actually surfing, and that always makes him a pleasure to watch.