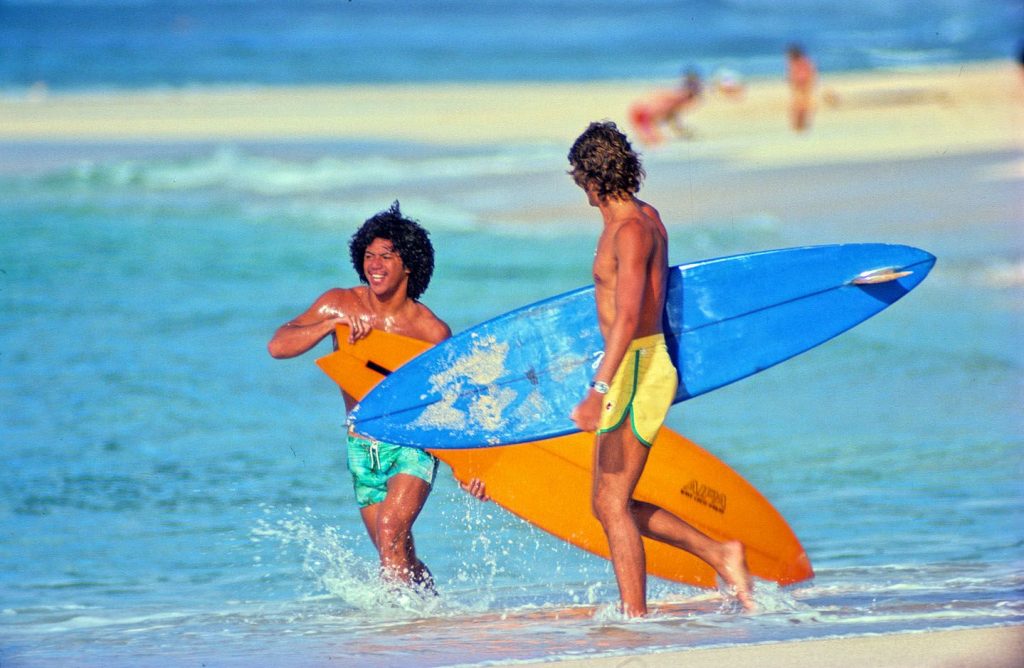 Greetings, Shredderz! It’s that time of the month again. Here’s a selection of some of my favorite social media posts from the last month or so.

This board is absolutely ridiculous! I am slowly but surely working on my knowledge of Aussie surfboards and shapers. Here’s a Rip Curl board shaped by Alan Colk. According to the peerless surfresearch.com.au, Colk shaped for Rip Curl in 1974. I previously wrote up an Owl Chapman stick crafted for the Rip Curl label. Anyway, this board is impeccable, from the airbrush to the timber inlay fin.

Speaking of Australian shapers, here’s Victoria legend Maurice Cole posing alongside a board he shaped for Tom Curren. You’re probably familiar with the timeless Curren cutback shot, taken by Tom Servais at Backdoor in 1991. In that shot Curren is surfing a 7’8″ reverse vee thruster shaped by Maurice Cole. You can see more on the 7’8″ here, from when it was sold at a recent auction. The board above is nearly identical — there are no stickers, like the board in the Servais photo, and it has the same neon yellow rails — but it’s 8’0″.

Here’s an awesome photo of Larry Bertlemann and Aipa from someone’s private photo stash. This is one of the classic shaper / surfer pairings from the Seventies — the inventor of the sting with one of his star test pilots.

Here’s Terry Fitzgerald with an absolute heat seeking missile tucked beneath his arm. The photo is by Dan Merkel and someone in the comments claims it was taken at Honolua Bay. For more on Fitz’s Hawaiian adventures, check out this board he made for Dick Brewer, and then this colorful Fitz / Lightning Bolt shape.

Last but certainly not least, we have the first ever Scorpion shaped by Donald Takayama! The Scorpion is one of DT’s best known models, but I’m surprised at how little information there is available about the board anywhere online. Click through to the comments for some cool stories from folks like Joel Tudor and Peter St Pierre about surfing this thing.