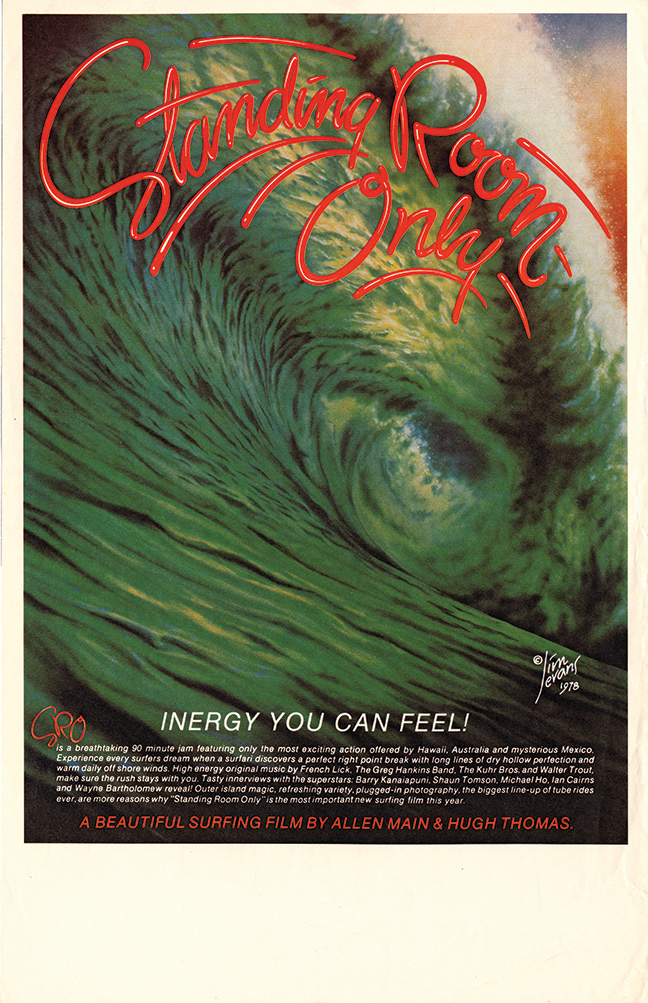 Greetings, Shredderz! Today I don’t have a whole lot in the way of words, but I do have some great classic footage to share. I recently stumbled across this video on YouTube, which you can see in its entirety below. This is “Standing Room Only”, a classic Seventies surf flick directed by Allen Main and Hugh Thomas. I don’t know much about the movie or the directors, but the YouTube clip appears to have the full length flick. The quality can be spotty at times — it appears to be missing frames — but there’s still plenty of good stuff to dig into, including an extended Larry Bertlemann section, as well as footage of Mark Richards with a quiver of yellow Lightning Bolt boards. Lyttlestreet happened to post a clip on Instagram earlier today, and it appears that he must have a higher quality source of the original flick. Anyway, check it out below if you’re looking for some classic Seventies surf footage.