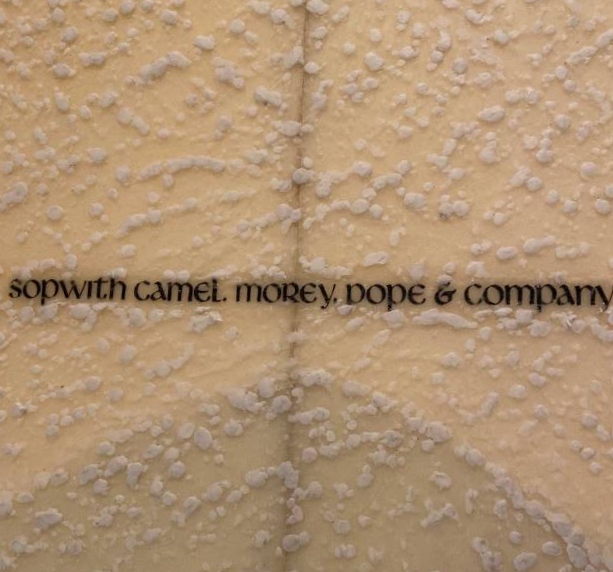 Greetings, Shredderz! Today we have the inaugural Weekend Grab Bag post for the decade. We’ve got some sweet boards for you today, including a clean Morey-Pope Sopwith Camel. Keep scrolling for a selection of sledz that are currently listed for sale online.

I’ve covered the many iterations of the Morey-Pope Camel before: the Camel Mini-Pepper, the 3/4 Camel, and the Sopwith Camel. Whenever I look at Morey-Pope boards I am reminded of Tom Morey’s incredible creativity. Anyway, this is just a “regular” Morey-Pope Camel. It’s one of the cleaner ones I have seen, and it has a beautiful resin pin line, too. The pics give you a great idea of the convex hull on the board.

The Yater Spoon is an unimpeachable classic. If it’s not your kind of deal, I’m not sure we’re meant to be friends. This Spoon has some unique touches. First, the seller claims the board was hand shaped by Renny himself, which is notable given that the newer Spoons are all apparently shaped with the help of shaping machines. Second, as you can see in the photos above, it also sports a very cool wooden fin, and what looks to be a wooden wedge stringer. There are some other neat boards listed on the ad, including an awesome Yater balsa board, which has since sold.

The listing claims this Pearson Arrow surfboard was shaped for legendary Santa Cruz / Mavericks charger Jay Moriarity, who is responsible for one of the most iconic surf images from the Nineties. If you look up images of Moriarity’s infamous wipeout you’ll see he’s surfing a board with the same airbrush. I doubt this is the board, but it’s still very, very cool. Seller claims it was shaped in 1997.