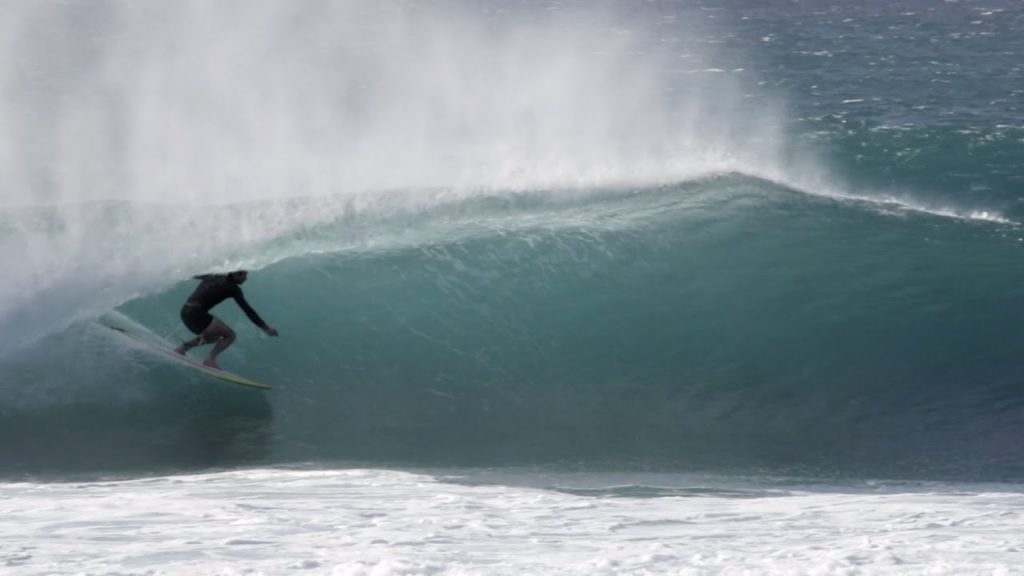 Greetings, Shredderz! We’ve got a fresh batch of videos for your perusing pleasure. Without any further ado, here are some of my recent favorites:

Joel Tudor and son Tosh Tudor released a clip showcasing a recent Hawaii trip. Wish I knew more about the boards they’re surfing. I’m guessing at least some of the sticks were shaped by Stu Kenson and/or Todd Pinder (Tosh definitely had at least one Pinder-shaped surfboard for Pipe.) Tudor also posted a Stu Kenson-shaped Rick Rasmussen tribute, seen below, which I was hoping to see in the clip. Either way I love seeing these boards in some Hawaiian juice!

Mason Ho’s 2019 highlights are about as fun as you might expect. As an added bonus, Ho’s videos are some of the few surf clips I don’t have to watch on mute. It’s always nice to get some Jimi Hendrix alongside some top notch shredding. If watching Mason Ho surf doesn’t bring a smile to your face then you need to get your pulse checked.

We’ve covered Vissla’s “Start to Finish” series here before, and they’re back with a new episode featuring young surfer / shaper Derrick Disney. Disney walks us through some pretty funky designs. It’s cool and informative to hear Disney’s description of the theory behind the boards. He’s even better at surfing these boards than describing them. Sadly, the same cannot be said of yours truly, and that’s why I write a blog in my free time and Disney gets paid to surf.

Jamie O’Brien is probably best known for charging Pipeline death pits, putting soft tops through their paces, and his very successful vlog. He has also collected a bunch of rad boards, focusing on some awesome Eighties and Nineties pieces. For this entry, which is on Matt Archbold’s new “Archy’s Garage” YouTube channel, O’Brien and Archy link up and surf on some of Archy’s old equipment. Archy shows off a sweet Timmy Patterson-shaped channel bottom thruster from the late Eighties. Check out Patterson’s website for more shots of what he calls the Built for Speed model.