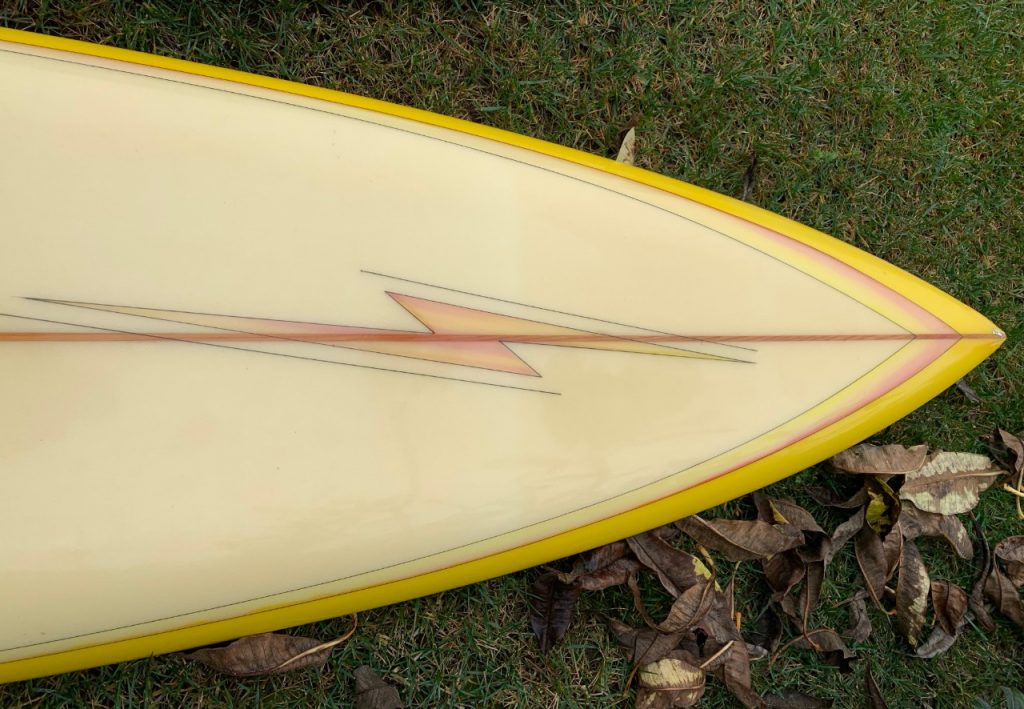 Greetings, Shredderz! Today we’ve got a nice follow up to two sweet vintage Bolts I wrote up a little while back. The owner of the Darrell Beckmeier board in the previous post actually reached out and contacted me with pics of another Beckmeier shape he owns.

You may recognize the board on the left from the same post I linked to earlier. The board on the right is another Darrell Beckmeier-shaped Lightning Bolt single fin. It’s an 8’11” gun that was made for some serious Hawaiian juice.

The board has some killer details, including a glass on wooden fin.

There is also some incredible resin work on the board, courtesy of a lovely double black pin line on the deck. The owner tells me the colors you see on the board are not an airbrush, but rather resin tints! This is pretty mind-blowing. (An earlier version of the post referred to the coloring as an airbrush.) Upon first appearance it’s a somewhat simple board, but a closer look reveals an incredible level of craftsmanship.

Thanks again to the board’s owner for sending over these pics!