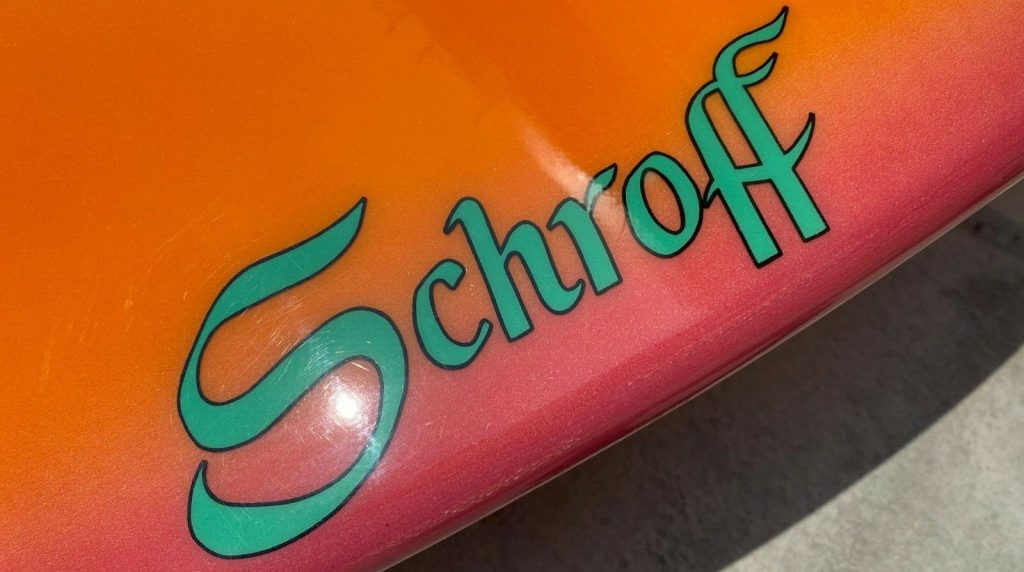 Greetings, Shredderz! If you’re in California (or Hawaii) the weekend isn’t done just yet. We’ve got an Eighties-themed Weekend Grab Bag for you guys, sneaking in right before the buzzer. Usually the Grab Bag features boards that are all currently available for sale. This time around, though, two of the boards are no longer up for grabs. Given these are three prime Eighties sticks I figured I would make an exception this one time. Anyway, onto the boards…

Here’s a gorgeous Stussy quad fin that has been restored by Randy Rarick. It is interesting to see Rarick restoring Eighties boards, but I suppose that’s simply a reflection of the larger market for collectible surfboards. It goes without saying the board looks phenomenal. I actually wrote up a very similar looking Stussy a while ago, which you can see below.

Here’s another Rarick restoration of a classic Eighties shape. Here we’ve got a Lance Collins-shaped Danny Kwock twin fin in all its proud, over the top glory. I was going to make a comment about this being a Wave Tools board, but then I realized there are no Wave Tools laminates anywhere. As you can see, Collins was never particularly shy about putting logos on his boards, so I’m curious why this one doesn’t have any.

I had also always assumed the infamous polka dot pattern was something specific to Wave Tools and Lance Collins. Lo and behold, when I went to go look at the image of the cover of the “Eighties at Echo Beach” book, I realized that Kwock is actually toting a McCoy stick.

Last but not least we have a lovely Schroff single fin. I’m guessing this board was made in the early Eighties, maybe even the late Seventies. This board has a version of the Schroff logo I’ve mostly seen on earlier boards. The logo and the single fin setup makes me think it pre-dates the Echo Beach stuff by a few years.

I really love the colors. It’s still colorful but not nearly as insane as Schroff’s later creations. The orange and pink fin is ridiculous, and the same color scheme really makes the mint-colored logo on the rails stand out. I’ve said it before but it’s worth repeating: the boards that immediately pre-date the infamous Echo Beach designs are often overlooked, in my mind.