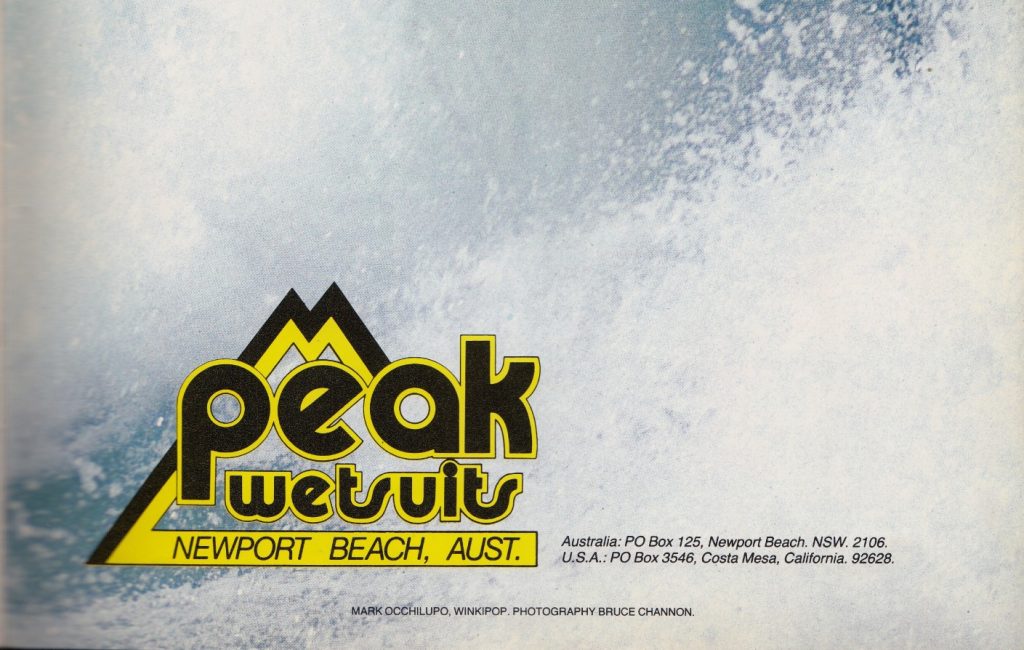 Mark Occhilupo has been a Sagas of Shred mainstay over the years. Occy’s world title redemption story in 1999 remains one of my favorite sports moments of all time. Add to that Occ’s guileless charm and searing backhand attack and you have the recipe for a uniquely appealing athlete.

I featured an Occy / Peak Wetsuits ad earlier in the year. And while there’s something hilarious about Occy’s forays into male modeling, there’s no such humor to be found in the ad above. Nope, it’s just Occy laying waste to a Winkipop wall at the height of his mid-Eighties fame. This ad originally ran in the February 1987 issue of Surfing Magazine (Vol 23, No 2). I actually happen to think the fluoro wetsuit looks great, too, but I don’t surf nearly well enough to paddle out wearing a statement like that.

Thanks for tuning in and we hope to see you in a week with more Sagas of Shred!