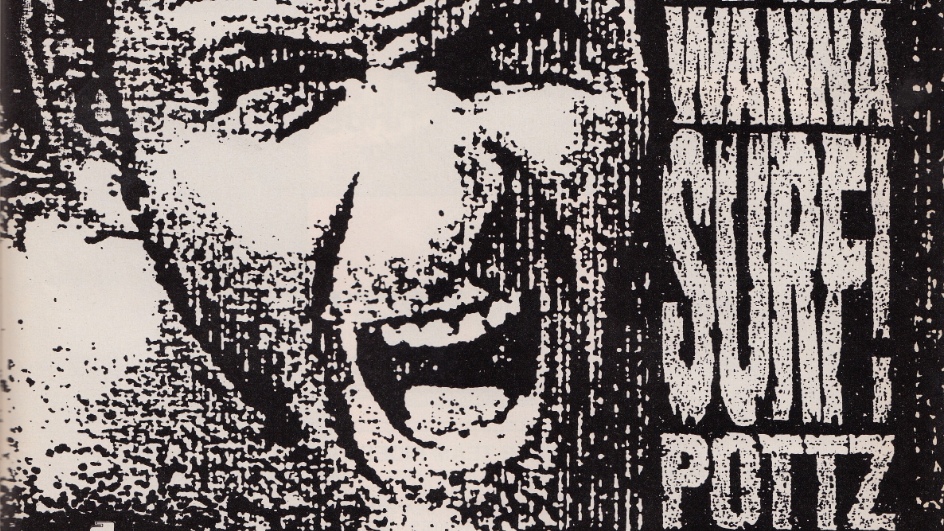 Greetings, Shredderz! For today’s Sagas of Shred entry we’re featuring an advertisement for the Blue Hawaii Pottz Twinzer Model. (See here for an earlier entry on the same board.)

The Blue Hawaii ad you see above originally ran in the February 1992 issue of Surfing Magazine (Vol 28, No 2). Potter is most closely associated with his famous T&C boards, including “The Saint” twin fin, shaped by Glenn Pang, and its signature green and yellow jagged airbrush.

Later in his career Pottz became a team rider for Blue Hawaii, which produced a signature model for its new star. The Blue Hawaii Pottz Model with the flame airbrush is still a very collectible board, even though it’s not quite as famous as its T&C Glenn Pang predecessor.

I haven’t actually seen an example of a Blue Hawaii Pottz Twinzer, though. The only evidence I’ve seen are the advertisements I’ve found in earlier magazines. That said, if you have one handy, don’t be shy about sending some pics my way.

Thanks for reading and we’ll be back next Thursday evening with more Sagas of Shred!