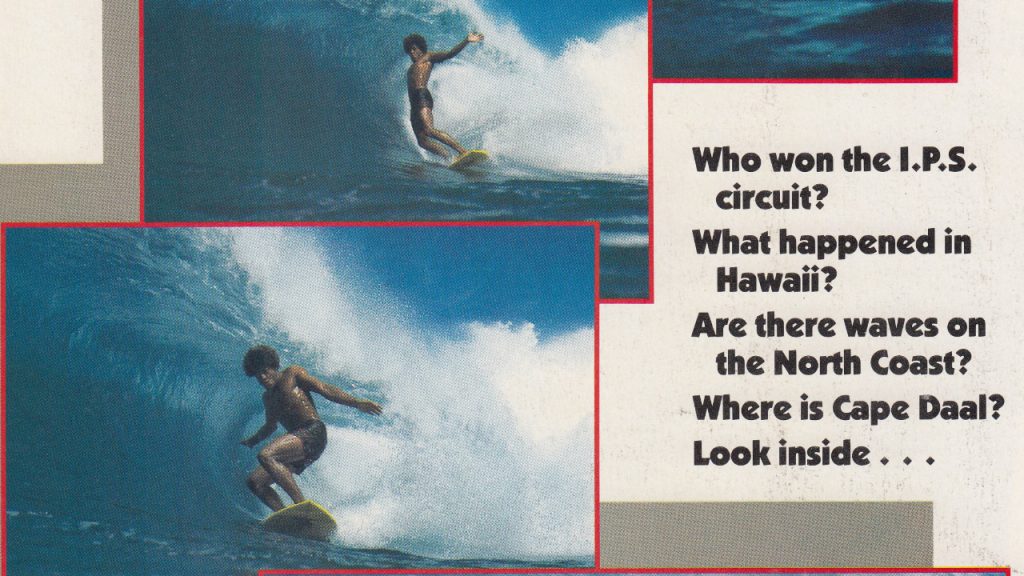 Greetings, Shredderz! For the Sagas of Shred series I usually scan a vintage surf ad and write a couple of words about it. However, one thing I noticed about these vintage magazines — which are so much fun to read — is that they often have tons of great, smaller ads, which might not justify standalone posts here on my blog. I thought it might be cool to gather up a few of these ads and combine them into a single post. Today we’ve got the April 1980 issue of Surfer Magazine (Vol 21, No 4), and it’s a doozy. There are some really great features in the issue, including a trip to California’s Northern Coast with some stunning Craig Fineman photography. Without any further ado, here are some surfboard ads that stood out from the issue.

Well, that’s definitely an ad for Donald Takayama’s surfboard label, and it’s also definitely not him surfing. Don’t know who the team rider could have been then. It’s interesting that the board featured in the ad is a shortboard.

It’s a shame this T&C Surf Designs ad isn’t in color. (They also didn’t quite get the spelling on Bertlemann’s name). Nonetheless that’s the Rubberman himself, about to cutback on one of his signature boards. Wondering if it’s a twin fin. It’s also interesting to note Kanaiaupuni was shaping for T&C at this time.

I absolutely love the Wayne Lynch Surfboards ad above left. “Now available in the US.” It’s also interesting to note that by 1980, right before Simon Anderson’s revolutionary thruster design, G&S and Mark Richards were marketing a single fin.

I’ve mostly learned about White Owl Surfboards through Marc Andreini, who continues to shape boards under that label. As a native East Coaster, I’ll forever have a fondness for those who grew up along the Atlantic. Props to Jeff Crawford, a pioneer in the great tradition of East Coasters who travel to Hawaii and make a name for themselves on the North Shore.