Built for Speed: Archy for T&C 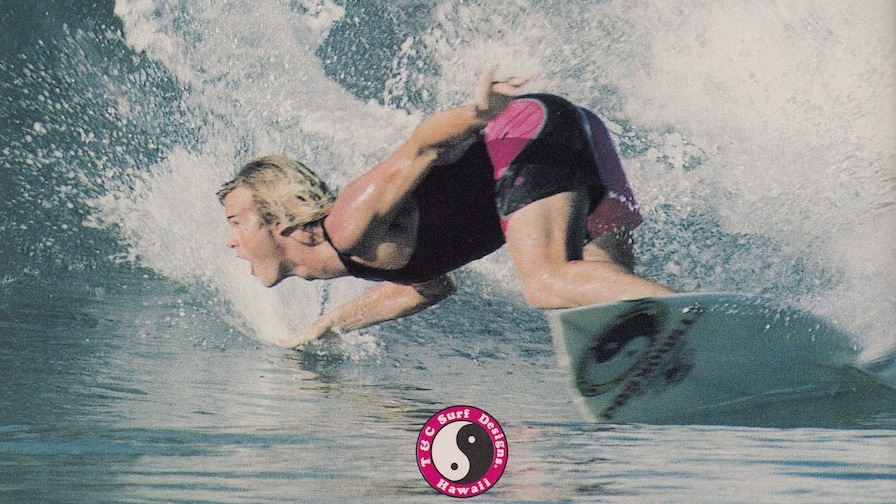 Greetings, Shredderz! It’s late on Thursday evening, which can only mean we’re serving up some more vintage surf advertisement scans for all you night owls. Today we’ve got a T&C Surf Designs ad starring Matt Archbold, with a guest appearance by one of the best bottom turns in the biz.

The ad originally appeared in the July 1990 issue of Surfer Magazine (Vol 31, No 7). I don’t see a photo credit anywhere on the ad, so if you know who it was, please let me know.

I’ve featured Archy a few times here on the blog, and he remains a fascinating figure to me. I mostly remember Archy from the late Nineties, when he had way more tattoos and was a member of the legendary More Core Division team. I think this particular ad debuted during a somewhat transitional time in the surf industry, when the Echo Beach aesthetic was on its last legs but the Momentum Generation hadn’t yet put its stamp on the sport. At some point, even neon tiger stripes loses its shock value.

All that said, Archy’s bottom turn in the shot is timeless. Thank God good surfing will never get old. Hot pink yin yang shorts might not age quite as well, but I also happen to dig those, too.

Thanks for reading and we hope to see you next Thursday!