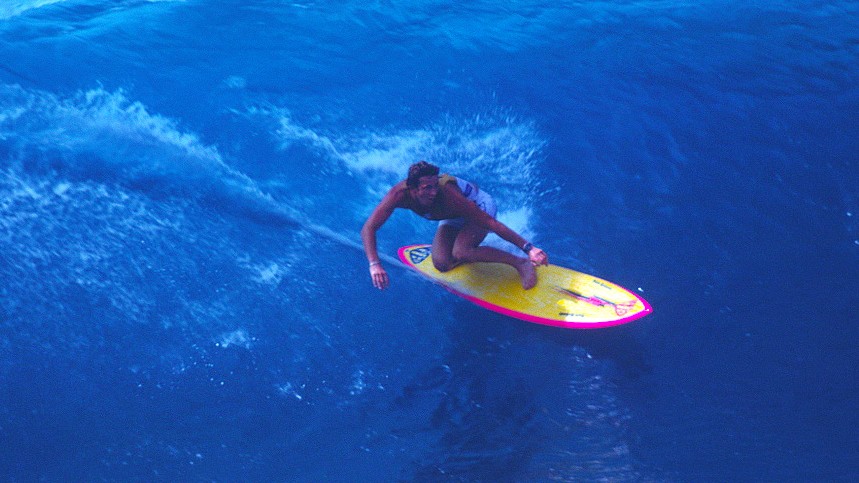 Greetings, Shredderz! It has been an eventful spring, to say the least. Here’s hoping summer is a bit calmer. If you’re in the mood for some vintage surfboards to take your mind off the crazy events going on right now, you’ve come to the right spot. As always, here’s a selection of some great boards and stories that have popped up on social media within the last month or so. Previous Social Media Roundup entries can be found here if you’re curious.

First and foremost, if you don’t follow Mark Richards on Instagram, you are blowing it! He is a four time world champ and the last person to win a world title riding self-shaped boards. MR’s Instagram doesn’t dwell on his achievements. Instead he can be found relaying some great stories about the various surfing figures he’s encountered over the decades, and the result is some fantastic insight about surf history. Here’s a neat story of a 1977 single fin that was returned to MR after forty plus years. Not only did MR shape this board, he did the glassing, sanding, the pinlines, the gloss and finally the polish too! Absolutely insane. In the photo at the top of the post you can see MR surfing a very similar-looking board. I’m not sure if this is the same exact board. I got the photo from Lance Trout’s website. According to Trout’s website the photo features MR surfing the Pipe Masters in 1979.

Any time a Hobie Phil Edwards Model pops up I gotta make note of it. Here’s #931, along with some fantastic history behind one of the most famous signature model surfboards of all time. @board4today is a great account run by a very knowledgeable collector.

A lot of early Gordon & Smith boards are unsigned, and as a result, I have found it a bit difficult to get a good grasp on the history of the storied San Diego label. Rusty’s post above helpfully names some G&S shapers during the early- to mid-Seventies: Skip Frye, Hoy Runnels, Mike Eaton, Robin Prodanovich, John Holly and Paul Bordieri. Separately, Joel Tudor recently posted a pic of a Bordieri template for an egg shape. Love the clean lines on Rusty’s G&S board, and the John Durant photo really makes it stand out, too.

How sick is the airbrush on this Mike Patterson shaped Piping Hot twin fin?! I dig the outline on the board, too.

My fascination with Mike Zeh-Croteau‘s surfboards continues. Last month’s Social Media Roundup featured a wild Croteau jet board; here we have a more straightforward Seventies single fin. Swipe through the pics for the mental nose, which has a ton of volume tucked away in its curves.

Last but not least, this is an all-time photo from The Surfer’s Journal, which remains the gold standard for surf journalism. If you don’t already subscribe you really should.