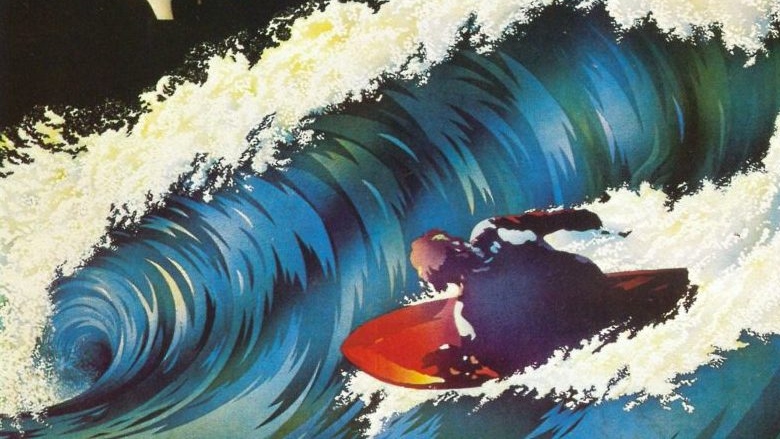 Greetings, Shredderz! Welcome to the latest edition of Clipz, where we’re throwing together a hodge podge of vintage surf flicks for your viewing pleasure. Keep scrolling for some more selections.

I was surprised enough to see Greenough starring in an O’Neill wetsuits ad, so imagine when I came across an Australian Coca Cola ad featuring some of Greenough’s footage from the film “Crystal Voyager.” According to the video description, the music in the ad is a clear nod to Pink Floyd’s “Echoes”, which was included on the film’s original soundtrack.

Here’s an excerpt from “Crystal Voyager”, this one via Mollusk Surf Shop. According to commenters the music has been changed from the original film’s soundtrack, probably to avoid licensing issues on YouTube. Here’s some actual footage of Greenough surfing his spoon design and building boats.

The title says it all! This footage was posted by a gentleman who seems to be sitting on a little treasure trove of Seventies surfing footage. It looks like he once had plans to turn this into a full film, but it’s unclear if / when those efforts stalled. Either way this is a cool little video featuring one of the legendary figures in Australia’s long, colorful surf history.

And while we’re on the topic of classic right hand Victorian point breaks, here’s some awesome footage from 1979 and 1980 taken at Bells Beach. This footage features Mark Richards, Wayne Lynch, Peter Townend and Rabbit Bartholomew, which is as good a roster you can ask for.

Finally, for a combination of the new and old — and some might say timeless — here’s Joel Tudor at Malibu, surfing a 9’10” Yater longboard from 1964. Footage is by Max T Beyer for Moon Wetsuits.

Photo at the top of the page is taken from “Crystal Voyager” cover art; via UCSB’s website