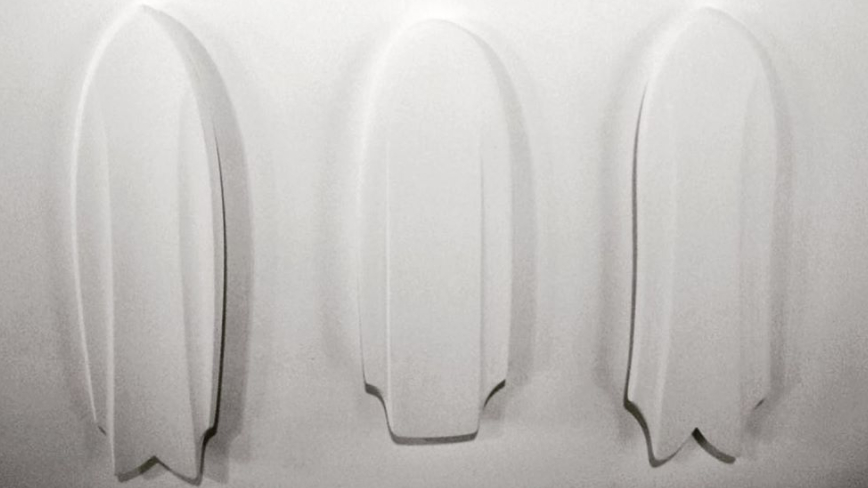 Greetings, Shredderz! As always, here’s a monthly rundown of some notable social media posts I’ve seen. Hope this little morsel of surfboard nerdiness is enough to tide you over for a bit.

If you’re looking for psychedelic artwork, you can’t do better than a Seventies Rainbow Surfboards single fin. Rainbow’s origins are inextricably linked to the notorious Brotherhood of Eternal Love, and it shows in the artwork. Rainbow boards from this era are most associated with Mike Hynson, but I can’t say for sure who shaped it. As for the airbrush, my money is on either Starman or John Bredin. I have also seen some Rainbow boards with Peter St Pierre airbrushes, like this one.

Richard Kenvin of Hydrodynamica is surfing’s version of a warrior poet: when he’s not ripping (well into his fifties, mind you!), he’s going deep on surfboard design, mining the sport’s history for functional shapes, and then working with collaborators like Carl Ekstrom and Ryan Burch to produce high performance sleds. Pictured above is a series of Carl Ekstrom prototypes. According to Kenvin, the prototypes are all quarter scale and have been made out of PVC. I haven’t heard of any other shaper producing prototypes like this. Kenvin, Ekstrom and Burch continue to blow my mind whenever they lift the curtain on their experiments.

The Gerr remains one of surfing’s all time classic characters. I still remember him starring in Doc Lausch’s Surf Prescriptions ads in the late Nineties and early Aughts. Here’s a cool shot of Gerr inspecting a neat quiver of Lausch sticks.

I think we can all agree that we don’t spend enough time talking about glassers. Not only are glassers critical to the surfboard construction process, but they are talented craftsmen and artists in their own right. This Dead Kooks board, glassed by the folks at Madhouse Glassing Company in Currumbin, Australia, is a head turner. Look closely and you’ll see a subtle white-on-white pattern beneath the glass. This is a drop dead gorgeous and superbly crafted surfboard.