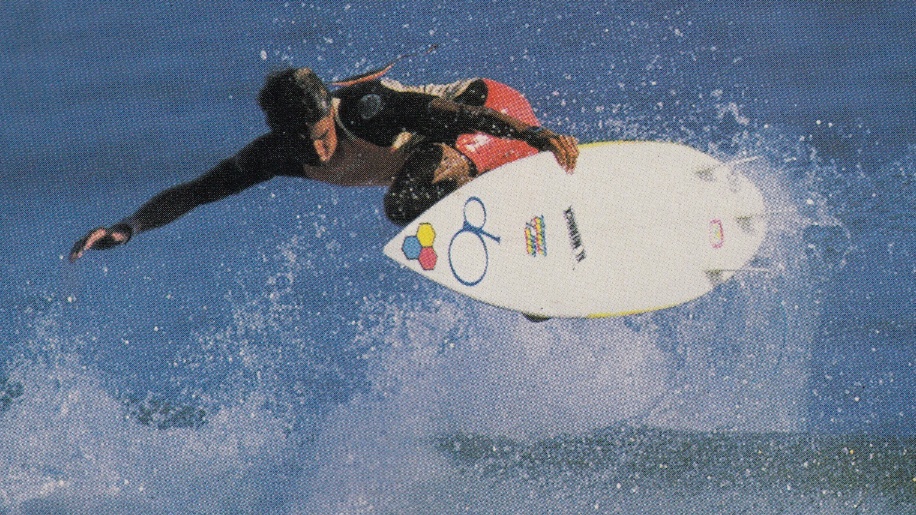 Greetings, Shredderz! For today’s Sagas of Shred entry we have an ad featuring the undisputed greatest surfer of all time: Robert Kelly Slater. The ad you see below ran in the August 1990 issue of Surfer Magazine (Vol 31, No 8), two years before Slater captured the first of his eleven world titles. There is something truly odd about seeing Slater in a Rip Curl advertisement, considering his decades-long run with Quiksilver. It’s also stunning to contrast Slater in the ad below with a Sundek ad that ran just two years earlier, where he looks like he’s twelve years old. It’s also worth noting that at this time, Slater shared the exact same sponsors as Tom Curren: Rip Curl for wetsuits, Ocean Pacific for clothing, and of course, Al Merrick-shaped Channel Islands boards beneath their feet.

It’s interesting to see the backside air Slater is blasting in the ad. The maneuver itself still looks progressive, but I can’t recall seeing Kelly take to the skies in any of the recent footage of him I have seen. Maybe Slater has toned it down on the aerials due to injury concerns, but one thing is clear: age hasn’t slowed down his surfing one single bit, regardless of whether or not he bags that elusive twelfth title.