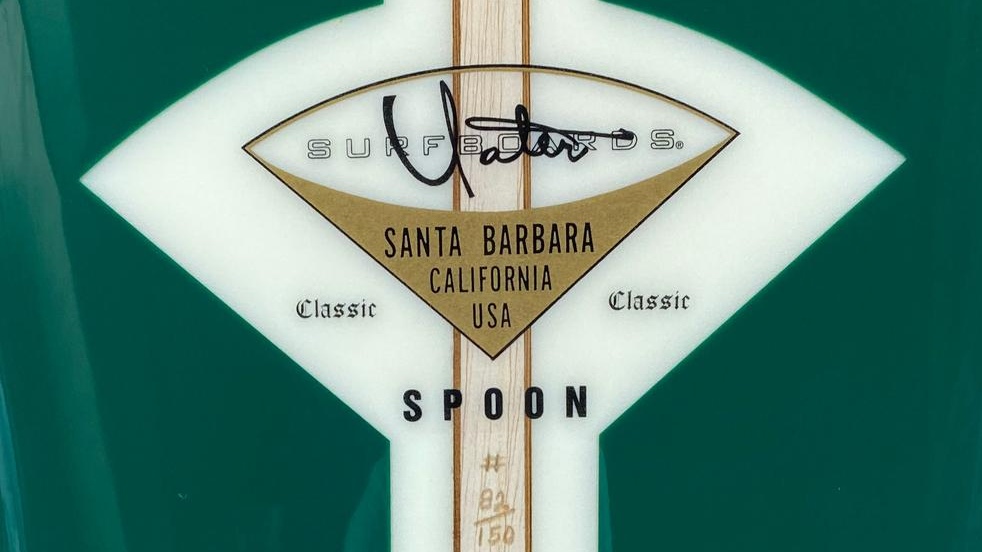 Greetings, Shredderz! The 2020 edition of the California Gold Vintage Surf Auction closed over the weekend, and we finally get to see how much people were willing to pay for a wide selection of top shelf vintage sticks. Keep in mind that the prices below don’t even cover the 15% buyers’ premium, or, for California-based collectors, state sales tax.

In my last post covering the auction, I outlined some concerns regarding the auction, mostly around the provenance of specific boards. A Donald Takayama / Larry Bertlemann twin fin was originally described as having been shaped in the late Seventies. According to the folks behind California Gold, “After a heads up from some good folks online, we checked with the Takayama factory; they believe the board #3145 to have been built in early 90s. The records aren’t available.” I’m glad to see the auction description was updated with this correction. Going forward, I don’t see any reason why every board shouldn’t be researched this way before the auction goes live (whenever possible, of course).

There is a Facebook thread that details some criticisms of the auction, many of which I agree with, starting with any time a board has undergone a full glass-off restoration, this should be noted in the description, preferably with before and after photos. The auction had multiple boards that were significantly changed during the restoration process. See this Sixties Bing that underwent significant changes during the restoration process. I would go as far as to say the auction description was misleading. Randy Rarick, who restored the board, provided before photos in the Facebook thread linked earlier. I think the auction should have taken Rarick’s cue and included these pictures as well.

As someone observed in the Vintage Surfboard Collectors Facebook thread, Sixties boards are still the heavyweight champs. The Surfboards Hawaii Dick Brewer Makaha Gun closed at $9,000, a Greg Noll Miki Dora “Da Cat” went for $17,000, a restored Phil Edwards Honolulu A Series got $5,000, and a 2003 re-make of a classic Yater Spoon fetched a tidy $8,000.

Seventies and Eighties boards were a bit more up and down. Even with just a few days before the lots closed, the Stussy single fin gun still hadn’t cracked $1,000, which had me wondering exactly how serious my wife was when she told me she’d kill me if I bought it. Luckily for my marriage, it closed at a hefty $3,700 — still on the low end of the range. A killer, all original Barry Kanaiaupuni Lightning Bolt single fin “only” managed $2,500, well below the estimated $5 – 7K. A pair of Seventies T&C single fins — an original Dave Wallace single fin, and then a restored Dane Kealoha model — were $1,400 and $2K, respectively. I would say the reception for the Eighties boards, other than the Stussy, was pretty cold: Greg Mungall’s personal Wave Tools board didn’t make its reserve, and a colorful Schroff quad fetched $1,500.

Ironically, the Skip Frye boards — which are basically one step up from hostage negotiations, given the leverage sellers wield — ended at prices that might be considered reasonable. $4K for a brand new 9’6″ Fish Simmons is around what you’d expect if you’re scrounging on the secondary market with the rest of us.

Earlier I openly wondered if the price ranges were high, but as always, the answer is “it depends.” Frankly, I’m too lazy to do the math to see how many of the lots met the given price ranges. For all my criticisms of the auction, it remains by far the most notable sales event for vintage surfboards, and one fo the few sources of reliable data on pricing. We might all be wearing masks to the grocery store these days, but not even a global pandemic can stop folks from buying rare vintage surfboards, it seems. Here’s a big shout out to everyone who puts hard work into holding this event, which, if nothing else, give us surfboard collectors some great eye candy and plenty of fodder for discussion.