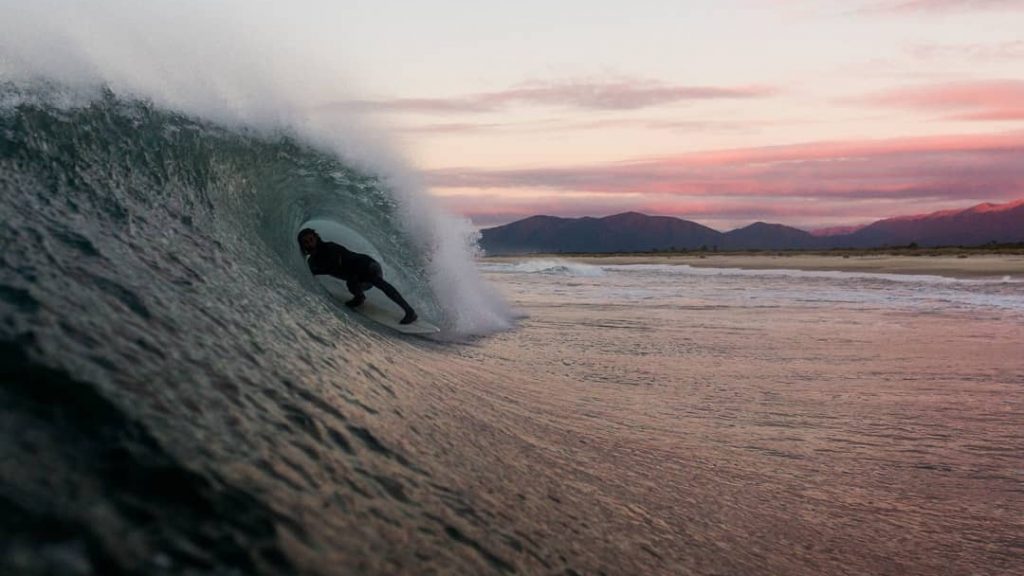 Greeting, Shredderz! Today I’m excited to post about “Lost Track New Zealand”, a new full length short film by Ishka Folkwell featuring Torren Martyn, and presented by Need Essentials. I’ve been waiting for this one ever since it was announced, mostly due to Martyn’s incredible surfing on a variety of intriguing Morning of the Earth Surfboards twin fins shaped by Simon Jones. Folkwell is no slouch, either, and the end result is some spectacular footage. The travel movie is a well-worn surf subgenre, going as far back as “The Endless Summer” (and probably before then, too), and here Folkwell and Martyn navigate New Zealand via motorcycle, stopping along the way to surf some cold, empty lineups.

One can’t look at the recent popularity of longer twin fins, especially those with channel bottoms, and wonder if Martyn isn’t to blame. Personally, I love seeing him surf these boards, particularly when going frontside on larger waves, where he draws long, beautiful lines that are somehow both relaxed and critical at once. “Lost Track” offers nice variety in the waves department, ranging from gentle rights to chunky lefts and everything in between. The main feature seems to be the utter lack of crowds: as far as I can tell, all of the sessions were solo. Beyond the stylish surfing and the distinctive equipment, though, “Lost Track” captures a real sense of adventure, which is a welcome change from most surf clips nowadays. Check it out on Need Essentials here.

Finally, as a bonus, here’s the initial entry in the “Lost Track” series, which pairs Folkwell and Martyn as they explore the Australian coast.