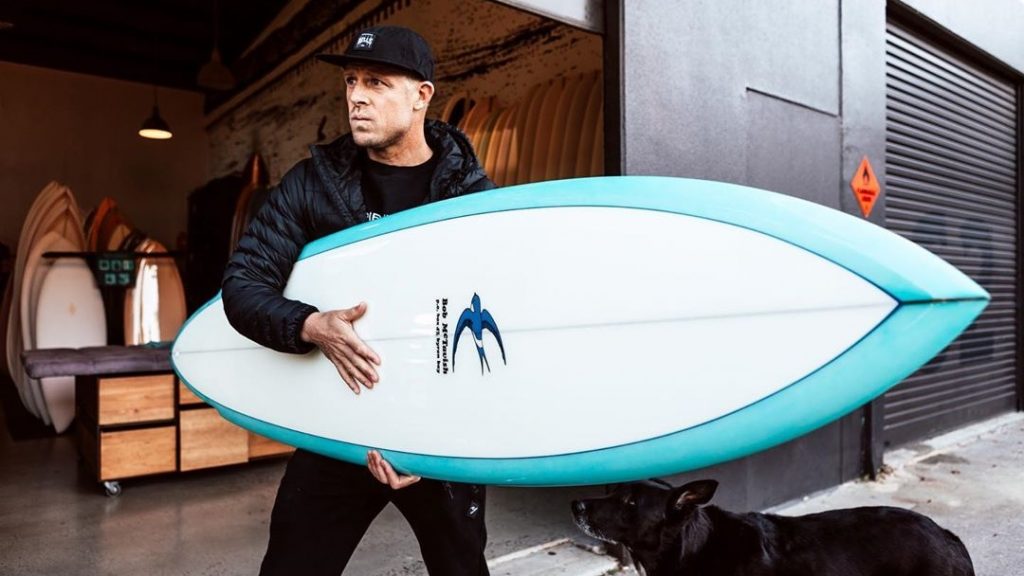 Greetings, Shredderz! The internet gods have been smiling down on us lately with a lot of quality surfboard content, with no sign of stopping any time soon. Here is a video from FCS that pairs legendary Australian shaper Bob McTavish with countryman and three time world champion Mick Fanning. Fanning takes delivery of a gorgeous looking McTavish Bluebird single fin, then takes it for a test drive at pumping Lennox Head.

It’s fascinating to watch Fanning, a devotee of the high performance thruster, surf a Seventies inspired single fin. The clip gives some great insight into the actual performance aspects of the shape. Fanning can’t quite wrench the Bluebird into turns the way he can with his DHD thrusters, but he beautifully navigates the board through some proper frontside tubes. It’s awesome to see the pairing of a classic shape with a world class surfer, and even better that the session took place during a real swell at Lennox Heads, the very spot for which the board was initially designed.

Finally, here’s a video where McTavish explains the origins of the Bluebird, which was first shaped in 1972, and then re-released in 2014. Besides some jaw-dropping shots of absolutely empty Lennox Head lineups, the video goes into the history of the Bluebird, and how Dick Brewer influenced the templates. I originally found this video on Liquid Salt.

Photo at the top of the page via Mick Fanning’s Instagram; photo by Marc Llewellyn